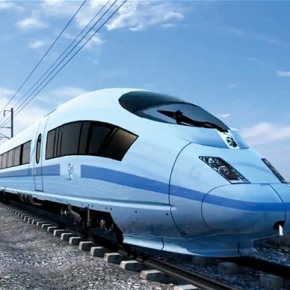 HS2 could create up to twenty-five thousand jobs

The Department for Transport has suggested that the construction of HS2 could generate up to twenty-five thousand jobs.

Phase One of the HS2 project was given the Royal Assent in February 2017 following years of scrutiny in the House of Commons. Construction between London and Birmingham will begin in the spring and is expected to be complete by 2026.

The £56 billion project is set to give the UK’s already thriving infrastructure sector a significant boost, as it looks to create twenty-five thousand jobs and around 2,000 apprenticeships.

David Higgins, chairman of HS2 said: “Achieving Royal Assent for Phase One of HS2 between Birmingham and London with such significant parliamentary support, is a monumental step in transforming rail travel in Britain.

We have a long journey ahead of us to build the railway and secure permission for Phase two to make sure that the full benefits of HS2 are realised.

This journey will see businesses right along the route benefit from greater access to the skills, markets and professional services they need to succeed in today’s global market. It will directly create some 25,000 jobs as well as forcing the pace of innovation in the construction industry.

Throughout this process HS2 remains committed to mitigating the environmental impacts whilst continuing to engage with each individual community which is making sacrifices to enable a 21st century railway network to be built in Britain.”