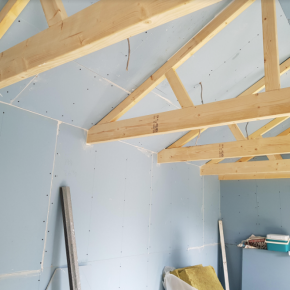 Whether creating a space to play your music without complaints or wanting to make a professional area to produce the next big hit, Hush Acoustics can make your musical dreams a reality.

Hush work with a range of different clients and were delighted to be contracted by a musician and sound engineer to turn his garage into a musical haven.

This was a very exciting project so in order to make this possible, the company had to take a few things into consideration. 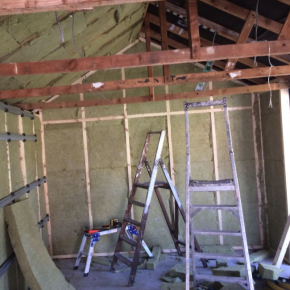 Firstly, garages are usually built with a brick or block single skin solid wall, meaning they tend to create a lot of airborne noise and also a lot of vibration. Here are the key factors to consider when attempting to create an effective acoustic solution.

– For the soundproofing to be effective, the walls, ceiling and floor should be acoustically treated. With special attention paid to any areas where the sound may escape e.g. windows or air vents, to ensure the sound does not find a way out.

– Airborne sound, for example; voices, music etc is only blocked by mass. Therefore, in order to stop this, it is important to add as much mass as possible. For example, the heavier and denser a material is, the more mass it creates.

– When sound hits surfaces, it creates vibrations, which can move through solid walls quite easily.  In order to maximise the results, vibrations need to be absorbed and stopped from transferring around the structure of the building. To do this, Hush use the ‘room within a room’ technique to create the optimal solution. 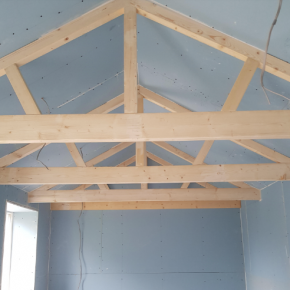 It was clear that several of Hush’s acoustic products were needed to ensure maximum acoustic impact for this studio. Work was started on building a timber frame within the garage, acting on the ‘room within a room’.

This was then filled using a Hush Slab 100, which is a high-density mineral wool. 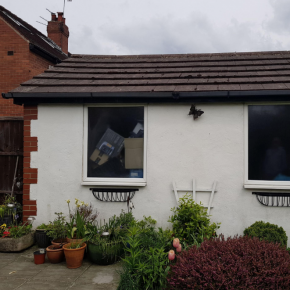 A Hush Multi-Panel was a also needed; an innovative acoustic multi-purpose board which contains high levels of mass and has been specifically designed to guarantee excellent acoustic performance.

The Multi-Panel was used as part of the de-coupling system on the Clip and Bar. Multi-Panel is extremely long-lasting and effective at reducing sound transfer. Finishing the works with a 15mm fire rated plasterboard ensures a one-hour fire rating.

After the walls were completed, attention was paid to the floor of the garage. The Hush Mat 15 acoustic floor system is made from rubber and contains high amounts of mass that significantly reduces the airborne sound. This was laid directly on the concrete floor of the garage.

The boundaries were then sealed using the Hush Perimeter seal and the client’s chosen floor finish was laid over the top. Hush Absorber panels were added to the ceiling and walls; ensuring the garage was acoustically fit for purpose.