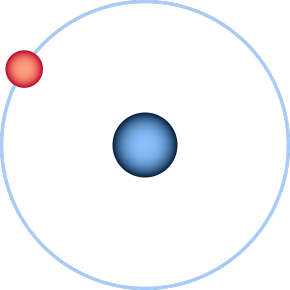 Jim McClelland, Sustainable futurist, editor, journalist and speaker, asks if hydrogen is a quick fix for our exit from fossil fuels, in this article for Mitsubishi Electric.

“Hydrogen is all around us, literally — it is the most common element in the entire universe.

As an alternative fuel source, however, being abundant is not the same as being accessible.

So, whilst it might be inspiring investment and innovation in diverse forms of transport from a sporty coupé, to a light aircraft, the hydrogen economy is still something of an enigma.

Historic zeppelin tragedies aside, it remains very early days for air travel. That said, within the last month, Forbes has reported on the emergence of US start-ups investing in hydrogen innovations for aviation — pointing to the test-flight plans for a five-seat multi-rotor vertical-take-off aircraft announced by Alaka’i Technologies, plus the advances already made in a retrofitted Piper Matrix by fuel-cell powertrain specialist ZeroAvia.

Some way further down the track is train travel, with French multinational Alstom successfully demonstrating how a pair of hydrogen-powered models can be used to run regional passenger services in and around Lower Saxony, Germany.

Although these represent the only two examples commercially operational in the world at present, the proven promise of over 100,000km covered so far has resulted in plans for the entire 14-vehicle diesel fleet to be replaced on that route by 2021.

In another world-first for France, the trailblazing Alter e-bike was originally launched back in 2013. This year, though, the new Alpha model demonstrated a big boost in range capability, with a 50% jump up to a total of around 150km for electrically-assisted pedal power.

Whilst battery and fuel-cell technology might both be foot-pumping the public agenda, the hydrogen market remains relatively undeveloped, with the business case hotly debated.

Nevertheless, motoring still has its clutch of noteworthy hydrogen start-ups and disruptors. The sensuous design lines of the Rasa two-seater, for example, have been crafted with purpose in Wales by thought-leaders Riversimple.

With a nod to ‘tabula rasa’ meaning ‘clean slate’ in Latin, the company is on a mission to ‘pursue, systematically, the elimination of the environmental impact of personal transport’.

It holds firm in its belief that ‘less unsustainable is still not sustainable’ — and such clean-driving rigour is refreshing.

When it comes to major automakers, however, hydrogen proves no exception to the traditional rule that all new-car promotion must primarily be fuelled by hyperbole.

From the same stable as the pioneering hybrid Prius is the Toyota Mirai — billed as the ‘ultimate eco car’.

Unveiled last year at the Geneva Motor Show and coming (quite) soon to a forecourt near you is ”the first production saloon to house the entire fuel-cell powertrain under the bonnet” — the Honda Clarity.

If it is a next-gen SUV you are after, the Hyundai NEXO might be the answer — “a car so beautifully clean, it purifies the air as it goes”.

Luxury brands are also circling like innovation vultures. Mercedes-Benz has released a hydrogen plug-in hybrid. BMW keeps promising to enter the market in the not-so-distant future (working with partner Toyota).

Even Bentley is marking its centenary with talk of a concept car that is not only rumoured to be a hydrogen hybrid, but also boasts the ability to show how “harvested natural light becomes a fourth, wellness-enriching material.”

In fact, when Shell starts getting in on the promotional act with podcasts and ad campaigns, you could be forgiven for feeling that mainstreaming is almost upon us.

Much as momentum is most definitely building, however, mainstreaming is realistically still some way off for hydrogen cars; and any tipping point remains tantalisingly remote, despite the public monies priming the pumps.

In the UK, the government last year announced £20M for a Hydrogen Supply programme. Individual grants have followed, with the likes of Riversimple receiving £1.25M from the Office for Low Emission Vehicles (OLEV) to help fund production of a test fleet of 20 vehicles, delivered in partnership with Monmouthshire County Council and backed by permission for installation of a new refuelling station to support the trial.

OLEV has also accepted a £6.4M bid from Liverpool City Region for a hydrogen bus project and Transport for London has announced that the world’s first hydrogen double-deckers will be making their debut in London next year, with 20 arriving at once.

For mainstreaming to happen, however, infrastructure remains the mission-critical development factor. As with charging points for EVs, awareness and accessibility of fuelling stations underpins public uptake of FCEVs; and roll-out is at best patchwork and slow.

By January 2019, there were just 17 active hydrogen refuellers in the UK, with five more in the pipeline. Relatively speaking, however, it could be worse — as of January last year, there were only 39 in the whole of the United States and 35 of those were in California.

Unfortunately, therefore, any request for a mass-market ETA sounds much like the imploring refrain of a young child in the back seat repeatedly asking the familiar question:

‘Are we nearly there yet?’

Sadly, there is no short answer.

In other applications, hydrogen is already being used by industry for low-grade heat applications and could, it is claimed, make up 5-20% of natural gas supply by volume, without any infrastructure modifications.

In buildings, the Committee on Climate Change (CCC) has also suggested hydrogen could play a valuable role in supplying future heating solutions, primarily in tandem with existing technologies, as part of ‘hybrid heat pump’ systems.

Eventually, deployment of this combination of hydrogen and heat pumps, the CCC concludes, “could almost completely displace fossil fuel use in buildings”.

Undertaken for the CCC by Madano and Element Energy, a recent government report into public acceptability of hydrogen in the home does however acknowledge that any hoped-for upsurge in consumer demand faces significant challenges.

Lukewarm, even negative perceptions concern the installation burden, lack of ‘lived experience’ with the technologies and, ultimately, how well hydrogen could contribute to meeting modern heating needs.

Hydrogen is clearly not a quick fix for our exit from fossil fuels. It is, though, a real future prospect and a serious current contender for commercialisation — as evidenced by the cash incoming from carmakers. It will play some part in the grand energy transition, for sure.

Are we nearly there yet?

No. So, sit back, suck on a Barley Sugar and watch this space…”