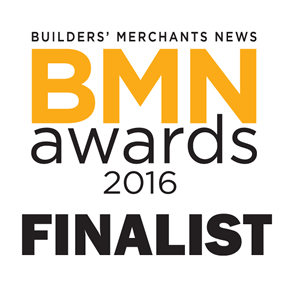 IKO competes for BMN Supplier of the Year prize

IKO PLC has been nominated for the Builders’ Merchant News (BMN) Supplier of the Year Award.

Now in its 15th year, the BMN Awards for Excellence commemorates the best in the merchant industry. This year, the winners will be announced at a lunch ceremony, hosted by Dara O’Briain, at the Hilton on 25th November.

Supplier of the Year

IKO was awarded the title of ‘Supplier of the Year’ for the first time in 2014; it was described by the judges as an active business in the industry, committed to providing comprehensive support for builders’ merchants.

According to the company’s Distribution Director, Paul Owen, it has worked “even harder to give merchants the edge” over the past year: it has introduced a range of new products and developed a successful marketing and training package to help merchants increase sales and margins.

IKO has also worked on pulling through specification business for builders’ merchants with its in-house technical team.