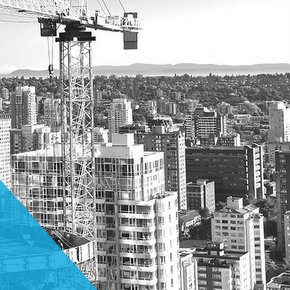 Impact of rising disputes in the construction industry

Dispute resolution firm Kenzie Group on the importance of putting dispute avoidance measures in place and of proper representation during disputes.

In the last 12 months, dispute resolution firm Kenzie Group has represented clients on claims with a total value of more than £250 million, underlining the impact of disputes to the global construction industry.

Impact of disputes on projects

Changes and delays in any project can cause disputes that have a disastrous impact on major construction projects, often involving cost overruns, late delivery and a compromise on the quality and scope of work being done.

Joseph Bond, managing director of Kenzie Group commented: “Disputes continue to be a major issue for everyone in the construction industry, and we are seeing a rise in demand for our services as firms recognise the drastic savings that can be made by seeking proper representation during disputes, or by putting dispute avoidance measures in place. In handling claims by construction and engineering contractors and owners, and by general builders, we have assisted a broad spectrum of clients and we are anticipating another busy year ahead.”

Kenzie has worked across a broad range of sectors to support claimants and defendants in bringing about a swift resolution to a variety of issues.

Kenzie worked on a dispute reported to be one of the biggest in Europe.

The dispute arose when a contractor working on an offshore wind farm lodged a claim. The dispute ran for three years and involved a complex, six-month arbitration process at a court in Oslo, where Kenzie made an independent evaluation careful valuation of the claims being made against the defendant, and provided witness testimony to present the client’s case.

The claims were successfully proven to be worth a fraction of the amount being demanded, and the claim itself to be poorly particularised by the contractor. Kenzie’s in-depth technical knowledge and contractual analysis expertise were crucial to ensuring the defendant didn’t pay over the odds in the resolution of the dispute.

The firm is currently involved in a claim of penalties and damages, and Kenzie’s specialists are pulling the case together by identifying the heads of claim and setting up a watertight strategy to take it forward.

Working in conjunction with the client’s external legal counsel, Kenzie is confident that this high value claim will be successfully resolved.