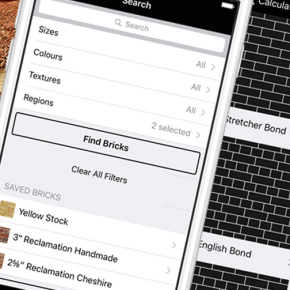 Imperial Bricks has developed an app for housebuilders and developers to identify the right brick for their projects.

The app enables users to view Imperial’s entire range of bricks and relevant technical data whether out on site or in the office.

Users can also upload a picture of existing brickwork, and Imperial Bricks’ expert team will send the closest brick match from its range. You can enter the dimensions of a wall, and the built-in brick calculator will determine how many bricks are required.

In addition, users can also specify the brickwork bond used for an accurate estimation. Samples and brochures can be requested as well as site visits.

You can find the Brick Matcher app on the iTunes store under ‘Imperial Bricks’, with Android to follow in the next few weeks.