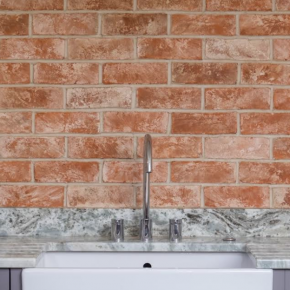 The Brick Tiles are suitable for those looking to create feature brick walls without the need for a bricklayer, as well as commercial installations such as retail, restaurants or hospitality interiors.

The Brick Tile range can be used on internal feature walls, kitchen splashbacks, decorative fireplaces or externally as cladding.

The tiles are produced from full-sized bricks, which are made in the traditional way, replicating the character and unique appearance of each individual brick.

Ruth Hughes, Specification Manager at Imperial Bricks, commented: “We’ve noticed an increased demand from architects and interior designers for both residential and commercial projects for feature walls with an authentic reclaimed brick appearance.

“Imperial Bricks has the widest range of regionally-matched, handmade, wirecut, pressed and waterstruck bricks on the market. Our bricks are specified on a huge range of projects, including refurbishment of Listed Heritage buildings, self-build and luxury developments, restaurants, bars and retail spaces.” 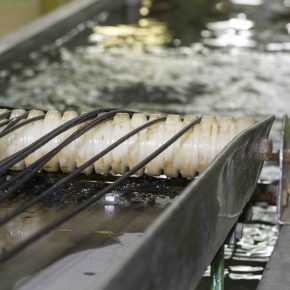 Contractors must be prepared for the growing popularity of smart control technology in residential and commercial building heating systems, according to a new downloadable guide from polymer specialists REHAU.