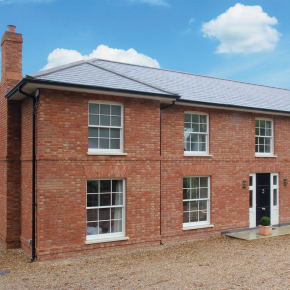 Imperial Bricks was recently chosen by Jaques Construction to aid the creation of a new-build executive home in Reigate.

When trying to create the ideal family home, Joe and Becky Jaques made the obvious move to choose Jaques Construction – particularly as the founder and CEO David Jaques is Joe’s brother – to help.

Although the proposed chalet bungalow wasn’t what Joe and Becky were looking for, they bought the land and applied for permission to build Jack’s House, a detached 5-bedroom home, instead. More than 12 months after the initial application, planning permission was granted for the 5-bedroom home.

Joe and Becky wanted the house to be true to Georgian architecture so the choice of brick was crucial. Jaques Construction recommended Imperial Bricks – the housebuilder had used the company on previous projects and knew it would be possible to select the exact shade and size required to give the new house an authentic Georgian appearance. Imperial’s team set up several sample boards which contractor and client could take to the site to compare with the stone and slate options already selected.

David Jaques comments on the project: “We needed to use the best bricks we could and we also wanted to offer great value. The sample boards were excellent. We chose the 68mm Reclamation Soft Red blend, a handmade brick with a characterful aged finish. Keeping the neighbours on side was key, as we were building on a sloping plot which required extensive and fairly disruptive groundworks; there had been planning issues and we wanted to reassure them the end result would be worth it. I think it helped that they could see we’d chosen the best materials so the new house would blend well into the area.”

Reclamation Soft Red is a popular brick for use in restoration and conservation projects, as well as new builds that require a traditional style. It is imperial-sized, 9 x 4¼ x 2¾”: the same size as the bricks originally used in the 19th century. Imperial’s Reclamation Soft Red bricks undergo a special ageing process to give an identical appearance to genuine reclaimed bricks.

They have a soft texture with slight creasing or ‘smiles’ on the face and are perfect for high-end projects such as Jack’s House; they look just like the Georgian originals but meet all modern standards – frost resistant, imperial or metric sizing, reliable quality and with a sustainable supply from stock and none of the wastage associated with reclaimed bricks.

The 40,000 bricks used on Jack’s House were laid in a Flemish bond. David remarks: “We always have Imperial Bricks in mind for this type of project, as we know we can get the quality and looks we are after.” 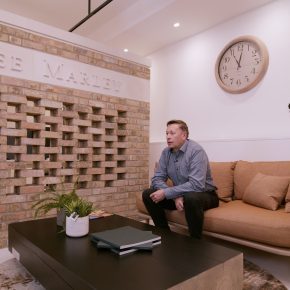