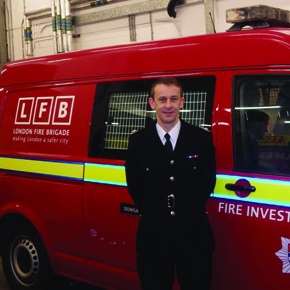 The Institution of Engineering and Technology (IET) launched Amendment 3 to the IET Wiring Regulations BS 7671:2008 in January 2015. This latest Amendment sets out the national standard to which all new and amended electrical installations are to comply and features a number of important new changes. 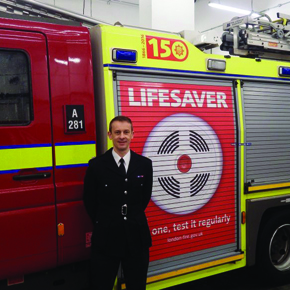 One of the most important changes comes in the form of Regulation 421.1.201, which came into effect on 1 January 2016. As a result of this Regulation, consumer units and similar switchgear assemblies will need to comply with BS EN 61439-3 and have their enclosure manufactured from non-combustible material, or enclosed in a cabinet or enclosure constructed of non-combustible material and comply with Regulation 132.12.

Although this may seem like a relatively minor amendment to the IET Wiring Regulations, it has the potential to save lives. By collaborating with a number of industry stakeholders, including the IET, ESF and BEAMA, London Fire Brigade hopes to cut the number of domestic fires in the UK significantly.

London Fire Brigade has seen an increase in the number of household fires that involve consumer units over the last few years. The Fire Investigation Team has looked carefully at the cause of those fires and established that there were issues with high resistance connections where cables weren’t terminated correctly. Where this occurs, the chances of localised heating, arcing and, in extreme cases, fires are greatly increased. Another issue was a large batch of non-compliant circuit-breakers subject to a recall, which added to the spike.

However, it simply wasn’t enough for us to draw conclusions based on evidence from the scenes of fires the Brigade had attended. We therefore set about performing a number of controlled tests. Our initial analysis was confirmed and the evidence raised a number of concerns about the flammability of the plastic enclosures of consumer units. In collaboration with ESF, we performed further testing on five more consumer units, produced by the leading manufacturers, all of which returned similar results. DCLG also commissioned its own tests with BRE once the JPEL/64 working group (a subcommittee set up specifically to look at the issue of consumer unit fires) was up and running.

In addition to the flammability of the materials used to make plastic consumer units, the location of many domestic consumer units has also been a cause for concern when it comes to fires. As many units in the UK are often located under stairs or behind front doors, any fire could potentially block traditional escape routes. What’s more, many people are likely to store a number of household items under the stairs– this again presenting serious consequences should a fire occur as a result of a faulty and poorly installed consumer unit.

Over the years, London Fire Brigade has built up a solid base of evidence regarding fires caused by consumer units. As a result we have worked with stakeholders in the electrical industry to share our knowledge and find a way forward in order to tackle the issues surrounding consumer units. Much of our collaboration with the electrical industry was performed through the JPEL/64 working group which put forward its recommendations for changes to the IET Wiring Regulations in Amendment 2 to BS 7671:2008 in 2013.

The culmination of this collaborative approach can be seen in the relevant changes to BS 7671:2008+A3:2015, which was published 5 January 2015. The new requirements concerning consumer units in Regulation 421.1.201 came into effect on 1 January 2016, providing manufacturers time to produce enclosures in sufficient quantities.

By using our insight and knowledge and continuing to collaborate with organisations like the IET, we hope we can prevent as many domestic fires as possible which are caused as a result of faulty consumer units. This new amendment will certainly go some way in ensuring this happens in 2016 and beyond. The IET Wiring Regulations is available now, both in print and via digital subscription.

Find out more in the April issue of PSB Magazine