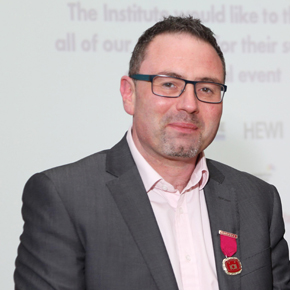 There will be four awards available: including the IAI Fellowship Award, given to an individual who has shown longstanding and ongoing commitment to the IAI over a period of at least 10 years, and who is still actively involved within the institute. Last year’s award went to Andy Matthews of HOPPE UK.

Sponsored by Royde & Tucker, the Paul Lewis Award for Customer Service is awarded to an individual, group or company that has made a great commitment to customer services throughout the year. Last year, the prize was given to Andy Chapman of dorma+kaba.

Additional awards are available for the Promising Ironmonger of the Year and the GAI Award for Service to the Institute.

The IAI Awards will be presented at a dinner following the Institute’s AGM, an event that also includes CPD opportunities for Institute members and an Ironmongers’ Village area with new door hardware products on display.