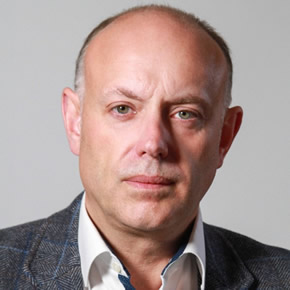 Is Brexit being used as a smokescreen for bad news?

‘Of course, there will be uncertainty, but let’s not use Brexit as a smokescreen for the world’s bad news.’

This is the view of Andrew Scott, the Managing Director of Purplex; a full-service marketing agency that specialises in the construction industry.

With a large client base operating in the built environment, Andrew believes that his customers – a mix of manufacturers and suppliers – are holding up well, as a whole.

‘If you’re an importer, there are going to challenges following Brexit and there is no doubt uncertainty. However, I don’t buy that all the economy and industry’s problems are now down to Brexit. Take Lloyds Bank: recent job cuts have been justified because of Brexit, but they’ve been playing to lay off staff for years. It’s being used as a smokescreen.

‘The majority of our property and construction sectors are positive going forward – the pound is recovering and the big domestic market in the UK continues to thrive. The issues for our customers will be around imports and tariffs for those that export.

‘There will also be some uncertainty around the status of EU nationals, but it’s slowly emerging that anybody residing in the UK will be good to stay if reciprocal arrangements are in place for UK nationals abroad.’

Andrew argues that, as is the case in any period of economic uncertainty, successful and robust companies will find a way to thrive.

‘One of our clients planned for this scenario in advance. They are a major exporter and also import materials. Unlike many of their competitors, they won’t be putting a price rise in place and using Brexit as a smokescreen to do so. Just like in a recession those with the desire to succeed will; creating jobs and generating wealth.’

Andrew’s company employs over 50 staff; in September, Purplex will be moving to new offices. Working with international and national building and construction firms, the company has experienced growth year after year.

Andrew will be talking at this year’s Lockex exhibition.