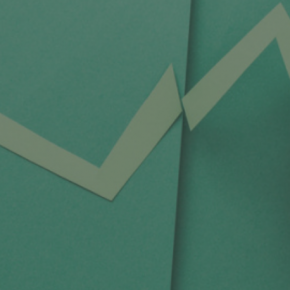 Is the green revolution (finally) here? A Mitsubishi Electric article

With growing awareness of the environmental crisis, Karen Fletcher, Head of Content for MBS and MBStv, asks if price is not the only specification variable on the table these days, in this article for Mitsubishi Electric.

“Let’s be honest, large corporates don’t operate out of altruism. They work for their shareholders because that’s what they are designed to do.

However, as the public becomes increasingly aware of the environmental crisis, a growing number of large companies are making pretty big changes to the way they do business.

At least at the customer-facing end of things.

On the High Street

Marks & Spencer were early adopters, launching their Plan A initiative as far back as 2007.

The retailer’s objective was to reduce operational emissions, though that has now extended to other goals such as reducing food waste and making plastic recyclable.

Other retailers have since stepped up to the mark in terms of their environmental behaviour. For example, Primark is enrolling 160,000 farmers on a sustainable cotton-growing initiative. This programme began a couple of years ago but is now being rolled out further.

High street store Iceland also announced at the end of August that its reverse vending machines (in five of its UK stores) had helped to recycle over 1 million plastic bottles in a year. It also noted that over 60% of customers used the machines because of ‘environmental concerns’.

Sainsbury’s has also been trialling reverse vending services for plastic bottles, and this week announced it would also be testing the option to recycle glass containers in the same machines.

Messages about the environment, particularly climate change, have been around for a while but we seem to have reached a tipping point, with more consumers looking to the familiar brand names to lean in and do more.

Some people think it was the documentary by Sir David Attenborough which highlighted the problems of plastic in the ocean that was a tipping point for many of us.

For others it was the sight of schoolchildren following the example of Greta Thunberg and striking for action to save the planet.

Here in the UK our climate is temperate enough for us to be spared the worst effects of a climate emergency. But we are now feeling an impact. Temperature records have consistently been broken during 2019.

While warmer summers can be pleasant in theory, many of our homes and other buildings aren’t designed for the heat, leaving a lot of us very uncomfortable and endangering more vulnerable people.

And in some parts of the country, rain has caused havoc and property damage, with the town of Whaley Bridge being evacuated under threat of a breaking dam.

The time is ripe

Building services as a sector encompasses many technologies that can contribute to lowering carbon emissions, saving energy, reducing the GWP of air conditioning systems and offering alternatives to fossil fuels.

Sometimes, these technologies have been left on the shelf in favour of cheaper, but less environmentally friendly products.

Now, however, I think the time is ripe to start ensuring that clients (end-users in particular) are aware of the environmentally-friendly options that are available – and that will provide the same, if not better, performance while adding to their own environmental activities.

Price is not the only specification variable on the table these days.”

Whilst no one could have predicted the tumultuous events of 2020, one milestone that was always going to be in the calendar was Freefoam Building Products reaching 30 years in business.

Contour understands the challenges that hospitals are faced with when looking for LST radiators, Anti-ligature radiators and the radiator covers, with the priority being the safety and wellbeing of patients by creating an environment they feel comfortable in.

The new Tottenham Hotspur Stadium has become one of the more renowned and iconic spaces to have benefitted from Alumasc WMS’ expertise, receiving the full ‘rain to drain’ treatment.