Jacobean home made energy efficient thanks to Selectaglaze

Grade II Listed The Jacobean House, located in Northamptonshire, has had its thermal and acoustic properties enhanced on the ground and first floor, thanks to Selectaglaze.

The leading designer of secondary glazing has ensured the house in Burton Latimer, which dates back to 1622, has had its thermal efficiency dramatically improved.

The primary windows were draughty and not capable of retaining heat efficiently, so the secondary glazing was fixed into plasterwork reveals, surrounding the historic windows so no impact was made on the historic stone mullion windows.

The frame of the secondary glazing is hidden from external view by the internal reveal of the window. In each case, the interlocks of the sliding panes are located behind the existing mullions and so are not visible from the outside of the building. 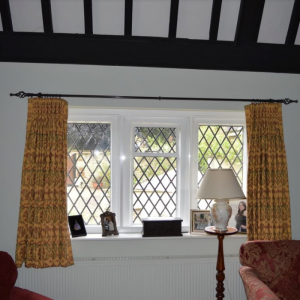 Bespoke timber sub-frames were produced and scribed to match the historic reveals. Sightlines were extremely minimal, thus ensuring units were as unobtrusive as possible.

In total, 13 secondary units were fitted, using a combination of the 2 pane and 3 pane horizontal sliders from Selectaglaze’s Series 10 range, offering a discreet solution ideal for heritage properties. 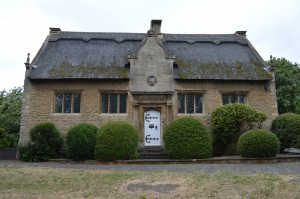 Stuart Welch, proprietor of Jacobean House, was extremely pleased at the end product, describing the secondary glazing units as a ‘great solution to acoustic and thermal lapses’ in his home.

He expressed his gratitude for the Selectaglaze team, saying no job was too big or complicated and recognised the top work of the installers.

“As there are no straight lines in the house, each window had to be meticulously measured. One window was more challenging than the others, so Selectaglaze was more than happy to bring a surveyor in for a second time to re-measure and check the initial figures before the window went into production,” he added.

Stuart highly recommended Selectaglaze for any projects of this nature.