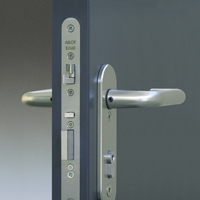 The annual event has become a highlight on the decorating calendar, as decorators from across the UK gather to celebrate achievements within the industry.

Chris Green is the reigning holder of the Johnstone’s Painter of the Year Award.

Chris Green, the reigning holder of the Johnstone’s Painter of the Year Award, has spoken of the success he has enjoyed since winning last year:

ñIt’s had a massive knock-on effect that I’ve felt through the whole year. We’re still getting enquires flooding in and I have no doubts that it’s because we won Johnstone’s Painter of the Year.

It’s been a really positive year and something I hope to continue to build on.î

The winner of the inaugural Johnstone’s Community Spirit Award will also be announced at the awards.

The title celebrates responsible businesses making a difference to the economic, social and environmental wellbeing of their local community.