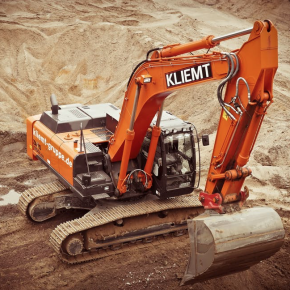 House prices in the UK have consolidated recently, with rampant growth having given way to the slowest rate of expansion since 2013.

Despite this, demand in the UK continues to outstrip supply, creating pressure on the government and private sector to develop more homes and meet the prevailing targets. This is particularly true in the South of England, which is home to several affluent regions where the cost of housing remains disproportionately high.

So how is the South coping with such demand, and what is required for the government’s housing targets to be successfully obtained?

Kent Leads the Way in terms of New-build Construction

In the affluent South East, Kent continues to lead the way and has seen a proliferation of new build projects over the course of the last 12 months. In fact, more homes were built in Kent than anywhere else across the South East in 2016, with a total of 4,850 dwellings completed across the county. This was 500 more than Kent’s nearest rival Hampshire, and if every region undertake the same rate of construction than the UK would be far closer to achieving its real estate objectives.

Not only this, but an estimated 1,220 of these builds were completed in conjunction with housing associations, meaning that a quarter (25.2%) were affordable homes. The rate of affordable homes being built in Kent is also far ahead of the national average of 18%, while it is also higher than the South East overall (which stands at 21%).

Why Kent is Thriving, and How Other Regions Can Follow Suit

The rate of growth in Kent is good news for the region and the UK as a whole, it is also creates properties for agents such as Andrews Online to sell or lease. This, in turn, creates widespread growth and significant reinvestment into the economy, while it also contributes to a more balanced property market that can drive sustainable growth.

Kent has a natural advantage in some respects, of course, as do other areas in the leafy South West. After all, there is ample land for developers to buy and build on in these regions, while a competitive local job market also means that there is no shortage of skilled tradesmen who can complete projects to a high standard and within the required time frame.

Other regions in the UK can take heed of Kent’s example, both in terms of sourcing available land and creating a regional workforce with the relevant skills. With the former, it is estimated that just 78.6% of urban areas in the UK are designated as being natural rather than built upon, while this type of land accounts for an estimated tenth of the country overall. This means that just 2.27% of England’s landscape is built on, which should make it possible to build more houses while also maintaining the majority of England’s greenlands.

Not only this, but developers should also strive to ensure that they hire workers with the requisite skills, as this will have a key bearing on the scope of projects that can be undertaken and the speed at which they can be completed.

Kent (and to a lesser extent Hampshire) should serve as a template for other regions to follow, particularly as they continue to construct new builds at a rate far in excess of the national average. This could make for an important exercise, particularly with a final total of 148,000 new-builds being completed between 2016 and 2017 and the government’s target of 250,000 remaining a distant dream at present.

Kent has certainly provided insight into how higher rates of construction can be achieved nationwide, however, and this offers hope for a more sustainable and balanced property market