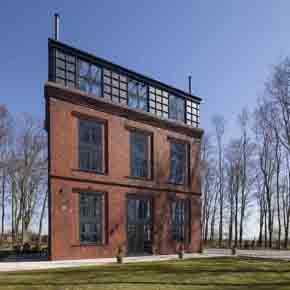 A derelict water tower has been transformed into a striking family home with the help of Kingspan Insulation’s Kooltherm and Therma ranges. The project was recently featured on Channel 4’s Restoration Man. 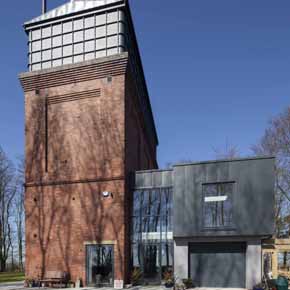 Originally built in the 1930s, Pannel Water Tower stood as an abandoned building for over 50 years before it was purchased by Carol and Majid Nadry with the view to convert it into a new home.

As the site was previously used to provide clean water to a nearby village, there were some inherent design issues which needed to be considered when turning it into a domestic dwelling.

Whilst ceiling wasn’t an issue, the narrowness of its footprint want that the width of the walls needed to be kept to a minimum in order to maximise the liveable space.

This resulted in the specification of Kingspan Kooltherm K12 Framing Board.

Homeowner and project manager, Carol Nadry, explained: “We were concerned that when we came to insulate the tower, we would lose valuable space from the rooms we had created within the structure.

The Kingspan Kooltherm range was a lot thinner than other types of insulation, but still offered a high level of thermal performance which would allow us to meet the building regulation requirements.”

Following the installation of timber stud work on the inner face of the brick external walls, a 50mm thick Kingspan Kooltherm K12 Framing Board was fitted between the battens.

A low-level extension was also built to provide additional living space. To insulate the cavity walled construction, a 50mm Kingspan Kooltherm K8 Cavity Board was installed.

Both the K8 and K12 insulation boards offer thermal conductivities as low as 0.020 W/m.K and have been assigned an A+ Green Guide Summary Rating by BRE. The products are manufactured under a managemend system certified to ISO 14001:2004.

Kingspan Thermalfloor TF70 floor insulation was also installed beneath the heating pipes on every floor.