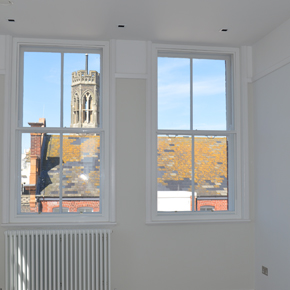 Selectaglaze secondary glazing has boosted the thermal performance of a Grade II listed former Post Office in Brighton which has been transformed into apartments.

Situated at the heart of The Lanes in Brighton (known for its quirky shops, cafes and bars), the Old Post Office dates back to 1925. The heritage building incorporates part of an earlier building which dates back to 1898 and an annex to the back. 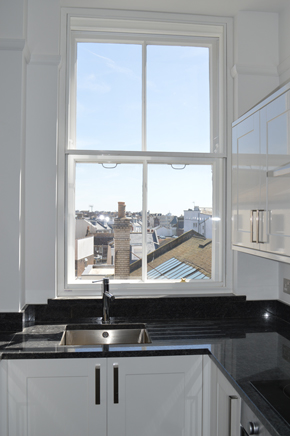 The building has undergone extensive and at times challenges alteration works in order to convert it into apartments; which required creating a warmer and more thermally efficient living space for occupants.

Due to their age, the primary windows were draughty and, because to the listed nature of the building, could not be changed. As a way around this, Selectaglaze secondary glazing was specified and fitted to the room side of the building.

A fully reversible adaption, secondary glazing is widely accepted by most heritage bodies. The units trap an insulating layer of air, which can reduce heat loss by up to 50 percent. With the introduction of low emissivity glass, U-vales of around 1.8 can be achieved, and using high performance twin seals can help to all but eradicate draughts.

Secondary glazing also provides a noise reduction of up to 45dB in instances where there is a gap of at least 100mm between the primary and secondary glazing.

A total of 75 secondary glazing units, using a mix of Series 20 and 25 vertical sliding systems, were fitted.The Series 25 units were used on larger windows, some of which were close to 3000mm high and 1300mm wide.

All units are bespoke to ensure the tightest fit with matching sightless where possible to make them almost invisible to the outside.