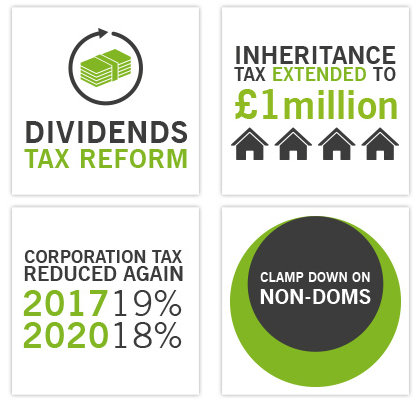 Living wage and other rabbits out of the Summer Budget bag

George Osbornes emergency summer Budget turned into one of the most comprehensive Budgets of the last 20 years.

The rabbit out of the bag, as I had predicted, was the move to a National Living Wage not least to reduce the costly low-pay subsidies paid by taxpayers to the benefit of profitable companies that pay poor wages and little tax. I also agree with the CIOB. They believe the government should go further and increase the minimum wage for apprentices, which would improve the appeal for individuals considering this route into industry.

Our Summer Budget 2015 report begins with the clichs and headlines, then onto construction industry and Trades Union comments, followed by a link to the best short summary and finally, for those who want the full monty, we have listed all 65 main points in the Budget.

Fix the roof whilst the sun is shining

For housebuilders, changes to social rents that will have the most impact, with a 1% cut each year until the end of this parliament. That translates to a significant cut in income for housing associations and may put a dent in their development programmes as a result.

Howard Freedman, Baker Tillys Head of Real Estate and Construction summarises the impact of other changes:

NHBC registered 145,174 new homes for development in 2014 across the UK, up 9% on 2013, but with research showing that 245,000 homes are needed every year to meet demand, there is still some way to go. NHBC welcomes the launch of The Housing Growth Partnership earlier this week, which gives vital financial support to small and medium sized housebuilders. It also helps to increase the supply of new homes that our country so desperately needs.

Ian Westerling, Managing Director at Humberts offers Buildingtalk a final comment on housebuilding and the Budget:

With no mention of housebuilding, the Government has neglected to address the needs of the housing market and the lack of supply therewith. There is an urgent andessential need to meet the ongoing demand for more new housing stock in order to ensure a healthy and sustainable housing market.

A housing stock that is fit for modern usage reduces costs to the NHS. This has been acknowledged by the National Institute for Health and Care Excellence. It shows that upgrading our homes the infrastructure in which we live is part of making public spending more efficient, and improving the causes of ill health rather than treating the symptoms alone. But achieving any of these benefits requires an industry able to invest in the skills needed to finish the job. And this means a clear Government programme to support their own aims.

John Francis, of DPP Planning offers summary of the legislation changes to planning regulations and plans for regional investments

Comments from the construction Unions

For those who want the full monty, here are the 65 main points in the July 2015 budget, as reported by Press Association.

1.Chancellor of the Exchequer George Osborne said it will be a Budget that puts security first a Budget for working people.

3.Mr Osborne said: Britain still spends too much, borrows too much and our weak productivity shows we dont train enough or build enough or invest enough.

7.The deficit should be cut during this Parliament at the same pace as we did in the last Parliament, said the Chancellor.

8.Mr Osborne said his plans will leave the national debt lower as a share of GDP in every future year than was predicted in March and will avoid a rollercoaster ride in public spending.

9.Banks including RBS to be returned to private sector faster than expected, with sale of Government assets delivering record privatisation proceeds this year.

10.Budgetsurplus to be achieved a year later than planned in 2019/20, but the national debt will be lower and the surplus larger than expected.

12.Borrowing revised down to andpound;69.5 billion this year, then revised up to andpound;43.1 billion and andpound;24.3 billion the following two years and to reach andpound;6.4 billion in 2018/19.

18.Rises in public sector pay restricted to 1% per year for the next four years.

19.NHS to receive a further andpound;8 billion by 2020, on top of andpound;2 billion already committed.

20.HM Revenue and Customs to receive extra andpound;750 million to go after tax fraud and evasion, with the aim of raising andpound;7.2 billion in extra tax.

21.Non-dom status abolished for people born in the UK to parents domiciled here. Permanent non-dom tax status to be abolished with anyone resident in the UK for more than 15 years of the past 20 years to pay full UK tax from April 2017, raising andpound;1.5 billion.

22.Bank levy rate to be gradually reduced over the next six years, while a new 8% surcharge on bank profits will be introduced from January 2016.

23.Cap on charges imposed by claims management companies, and an increase in insurance premium tax to 9.5%, effective from November 2015.

24.Funding from banking fines for services charities, with a quadrupling in annuities for Victoria Cross and George Cross holders. Government to fund memorial to victims of terrorism overseas.

25.Renovation of RAF group fighter command centre in West London, where the Battle of Britain was directed from, to be funded.

26.Plan for Productivity to be unveiled on Friday.

27.New bands for vehicle excise duty for brand new cars from 2017 – with most cars paying andpound;140 standard charge. No change to VED for existing cars.

28.All cash raised from VED in England from the end of this decade to go into a new Roads Fund to pay for investment.

31.University maintenance grants to be replaced by loans for new students from 2016/17 academic year to be paid back once they earn more than andpound;21,000. Maximum loan increased to andpound;8,200.

33.Agreement reached with 10 councils in Greater Manchester to devolve further powers to the city.

34.Government working towards deals with Sheffield, Liverpool and West Yorkshire regions on far-reaching devolution of power in return for the creation of directly-elected mayors.

35.Regius professorships to be created in universities across the country to mark the Queens 90th birthday.

36.Counties and elected mayors to gain power to set Sunday trading hours in their areas.

37.Mortgage interest relief on residential property to be restricted to the basic rate of income tax, phased in over four years from April 2017.

38.Tax relief for homeowners who rent out a room to be increased from andpound;4,250 to andpound;7,500 from next year.

39.New inheritance tax allowance of andpound;175,000 on homes left to children or grandchildren from 2017, allowing andpound;1 million to be passed on tax-free. Reforms will ensure that those who downsize do not lose any of the allowance.

40.Pensions tax annual allowance to be tapered away to a minimum of andpound;10,000 from next year.

41.Green paper published on proposals for a radical change to pension saving system.

42.Annual Investment Allowance for small and medium-sized businesses to be set at andpound;200,000 from this year.

43.Climate Change Levy exemption for renewable electricity to be removed.

44.Dividend tax credit to be replaced with a new tax-free allowance of andpound;5,000 on dividend

46.Disability benefits will not be taxed or means-tested, and funding for domestic abuse victims and womens refuges will be increased.

47.Abolition of automatic entitlement to housing benefit for 18 to 21 year olds, who will have a new Youth Obligation requiring them to earn or learn. Exemptions for vulnerable people.

48.Rate of Employment and Support Allowance paid to those deemed able to work to be aligned with Jobseekers Allowance for new claimants.

49.Working-age benefits to be frozen for four years – including tax credits and local housing allowance, but excluding maternity pay and disability benefits.

50.Rents in the social housing sector to be reduced by 1% a year for the next four years.

51.Income threshold for tax credits to be reduced from andpound;6,420 to andpound;3,850, with similar reductions for Universal Credit work allowances, which will no longer be awarded to non-disabled claimants without children.

52.The rate at which a households tax credit is reduced as it earns more is to be increased to 48%, and the income rise disregard reduced from andpound;5,000 to andpound;2,500.

54.Support for children through tax credits and universal credits to be limited to two children, affecting children born after April 2017.

55.Changes to tax credits bring spending on the benefit back to 2007/08 level in real terms.

56.Welfare reforms announced by the Chancellor will save andpound;12 billion by 2019/20 and will be legislated for over the coming year.

57.Tax-free personal allowance for income tax to be raised from andpound;10,600 to andpound;11,000 next year. Rates of income tax remain unchanged.

59.Real terms increase in the defence budget guaranteed every year, and a new joint security fund of andpound;1.5 billion a year to be created by 2020.

60.Commitment for the UK to meet the Nato pledge of spending 2% of national income on defence every year of this decade.

61.Introduction of a new compulsory National Living Wage for working people aged 25 and over, starting in April 2016 at andpound;7.20 an hour and reaching andpound;9 an hour by 2020.

63.OBR estimates National Living Wage will cost business 1% of corporate profits and result in 60,000 fewer jobs by 2020, but that by that time almost 1 million more will have been created.

64.National Insurance employment allowance for small firms to be increased by 50% to andpound;3,000 from 2016.

65.Changes will mean a direct pay rise for 2.5 million with those on the minimum wage seeing pay increase by more than one third over the Parliament – or more than andpound;5,000 for a full-time worker. A total of 6 million people expected to see their pay increase overall.