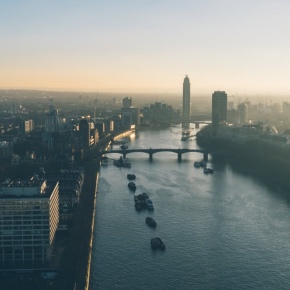 The list looks at cities with large-scale construction projects with an investment value above US$30 billion. The combined value of project pipelines within these Mega Cities – a term originally coined for urban areas with populations over ten million – stands at US$4.8 trillion and includes approximately 6,400 projects.

London has topped the list, with total project values closing on US$436 billion, marginally ahead of Dubai and Abu Dhabi.

Thirty of the Mega Cities on the list are considered to be in emerging markets, as the urbanisation of Asia-Pacific regions continues to increase at a rapid rate. In fact, it is predicted that by 2025, sixty percent of the global population will be urbanised.

Project pipeline values in the Construction Mega Cities (in US dollars).

It is also worth noting that only five cities in Europe are featured, with a combined projects pipeline value of $890 billion, indicated a depressed state of construction activity within the region. Meanwhile, North America has a total of 11 cities included, with a combined value of US$736 billion.

Whilst some of the cities have multi-billion dollar projects in development, the average value of the projects tracked by the CIC is around US$745 million.