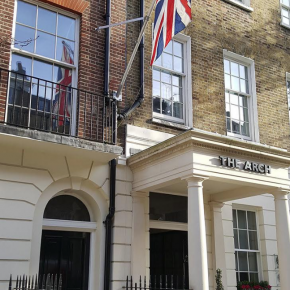 Many of the original period features have been retained, such as staircases and architectural flourishes, but also combines some very contemporary designs, with stunning artworks from rising British talents, including a stunning series of photographs entitled ‘Alphatecture’.

RDD Interior Architectural Design completed this stunning refurb in 2009 and as part of the upgrade; Selectaglaze was asked to enhance the hotel’s sound and ethical environment protocols. 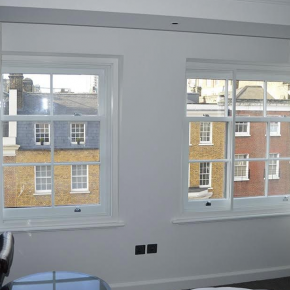 The hotel wanted to further improve the standards of energy and noise insulation, particularly to the suites at the front of the building.

Rooms fitted with secondary glazing were largely popular with guests and performed much better in promoting a comfortable and peaceful hotel environment than with modern double glazing. 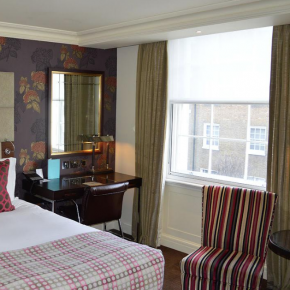 The newest installation included Series 60 tilt-in vertical sliders, which were fitted in rooms on the third and basement floors.

This bespoke unit has tilt-in panels which is handy when windows have unequal pane sizes or if frames are needed to fit close together.

On the fifth floor, rooms were treated with the Series 10 2 pane horizontal sliding unit; a slim and versatile system that provides easy access for cleaning, as well as for ventilation.

All units were finished in white and matched to the existing frames so as to not interfere with the individually designed décor of the rooms.

Selectaglaze worked closely with the operations manager and front of house to ensure installation was undertaken with nominal disruption to guests and normal running of the hotel. The new secondary glazing will now aid in lowering energy bills and provide the guests a good night sleep, in the heart of the metropolis. 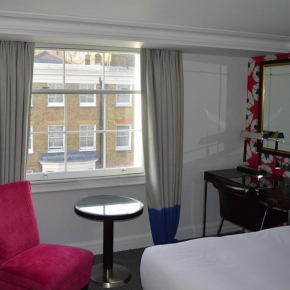 Ray Goertz, General Manager of the hotel, commented: “At The Arch London our goal is to provide the most comfortable and enjoyable stay to all our valued guests.

“We had to look no further than having Selectaglaze assist us in realising our goal by adding more secondary glazing to some of our rooms, both to cancel out noise ingress and also to prevent heat loss. We are extremely happy with the results and wouldn’t hesitate recommending Selectaglaze.:

Secondary glazing is a subtle independent window installed on the room side of a building, which significantly lowers noise ingress, creating a quieter environment; with reductions of 45dB easily achievable.

It will also reduce heat loss and practically diminish draughts making rooms more comfortable and improving the energy performance of the building.

Selectaglaze will be on Stand I55 at the Independent Hotel Show at Olympia on the 16 – 17 October and at London Build from the 23 – 24 October, Olympia London at Stand G36.