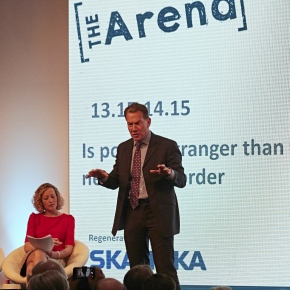 Looking back on the success of Ecobuild 2017

This year, the show featured a series of ‘districts’ – each with dedicated seminar programmes, covering key topics – as part of a city-scape format reflecting the show’s overarching theme of Regeneration.

On day one, sustainable housing topped the agenda, with Tony Pidgley calling for the Government to slash more red tape to avoid clogging up the planning system.

Affordable housing and transport took the lead on day two with Ben Derbyshire pledging to support in creating a building programme that would lead to 70,000 new homes being constructed in the outer suburbs of London.

Brexit and it’s impact on the construction industry, autonomous cars and the future of urban transport was the hot topic. 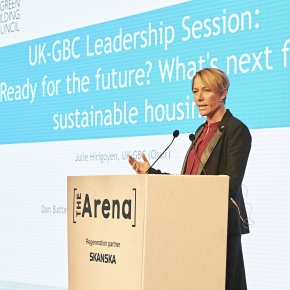 In addition, Ecobuild saw exclusive product launches and live demonstrations from a range of exhibitors and partners., including WorldGBC’s plans to launch a ‘Homes Wellbeing Lab’, Freiraum Kollective’s showcase of its Pallet Homes Project to create homes in Kenya among others.

Ecobuild’s managing director, Martin Hurn expressed the importance of maintaining a strong foes on updating and refreshing the agenda to meet the latest industry priorities, challenges and developments. He also said something new has happened every day at the show, with a good balance of sharing existing products, solutions and initiative, on the exhibitor floor and discussing emerging concepts and ideas. 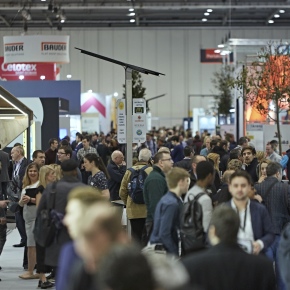 UK-GBC’s Chief Executive, Julie Hirigoyen commented that Ecobuild 2017 has been a great place to connect with people and exchange views about the state of sustainability in the built environment. Ecobuild was very successful for UK-GBC, curating leadership insight sessions on the future of sustainable housing, workplaces and retail and hosting seminars on topics from embodied carbon to making sustainability in the built environment mainstream.

Head of Marketing Communications at Celotex, Lizzie Seaton, described the content of the show this year as fantastic and said the footfall has been huge. She explained that it had been a challenge to keep up with the numbers of people visiting the Celotex stand, after hitting 25% of its targets in just the first morning.