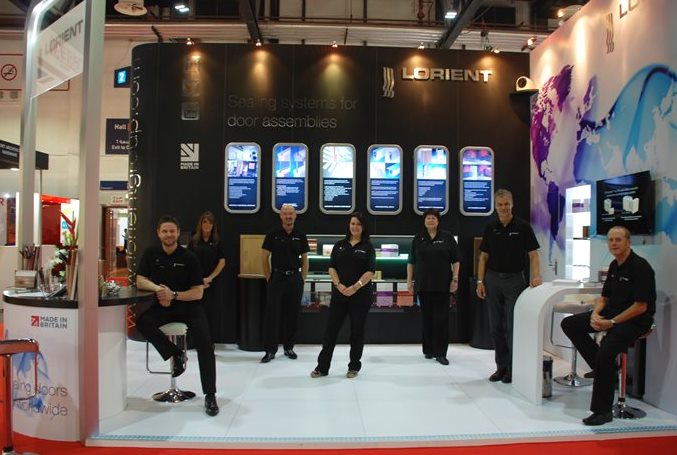 Lorient met both new customers and existing ones at The Big 5 Construction Show in Dubai. They took a number of bookings for customers to utilise its newly launched Technical and Testing Services facility in the UK  especially the Acoustic Transmission Suite.

On display was the new range of AURA® architectural seals, which embraces a distinctive selection of smoke, acoustic and energy seals, including:

Under the banner of ‘Sealing doors worldwide’, Lorient celebrated its exclusive partnership with Laidlaw Gulf  the only approved distributor of Lorient products in the GCC.

It was a credit to his hard work over the past year that so many customers were aware of Laidlaw’s role with Lorient in the region.