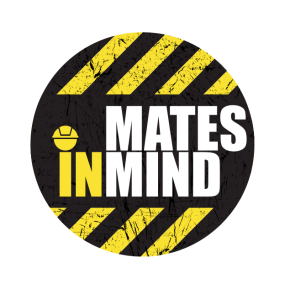 Mates in Mind to raise awareness of mental health in construction

New mental health programme, Mates in Mind, has been launched as part of a partnership by British Safety Council and Health in Construction Leadership Group.

The Mates in Mind programme has been launched at the second CEO health summit of the Health in Construction Leadership Group. The aim of the programme is to raise awareness and understanding of poor mental health in the construction industry and gives managers the tools, information and training to make construction a healthier workplace and helps start conversation with staff about their mental wellbeing.

The programme is supported by leading mental health charities such as Mind, Samaritans and Mental Health First Aid England and the event was attended by 300 construction leaders and key influencers in the industry. They gathered to review the growing importance of mental health issues in construction and the industry’s progress in eradicating occupational lung diseases and the success of campaigns such as ‘Breathe Freely’ and ‘No Time to Lose’.

Chief Executive of the British Safety Council, Mike Robinson stated that the total number of working days lost each year in the UK due to mental health issues is 91m, which equates to £1,035 per employee (according to the Centre for Mental Health. He also says that he struggles to understand why there’s so little focus on reducing suicide, compared to reducing accidents when people in the construction sector are ten times more likely to die by suicide than from on-site accidents.

Furthermore, Mike says that he is proud to be the CEO of an organisation that is at the forefront of actually doing something about it.

Steve Hails, Director of Health, Safety & Wellbeing at Tideway, an executive member of the Health in Construction Leadership Group and Chair of Mates in Mind, said that the three-tier approach will start with 45-minute general awareness training for operatives that will begin the conversation about mental health. Its third most advanced form is a two-day programme to train volunteer mental health champions who will support workers suffering from mental ill health.

Mind’s Chief Executive, Paul Farmer said that Mind is very happy to be part of the solution and to be seeing mental health being made a priority and to contribute to an industry-wide approach.

HR Director of Mental Health First Aid England, said that better access to support is critical to improve outcomes for those living with a mental health issue, especially with so many men who are typically less likely to track about their mental health. Therefore, he says that MHFA are pleased to be enabling construction workers to spot the common signs of mental health issues and and increase their knowledge so that they are able to help themselves and their colleagues.