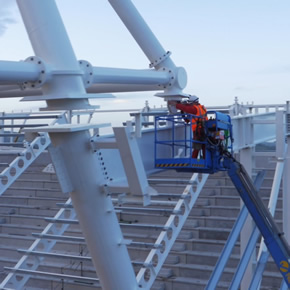 In 2014, Ashton Gate Stadium was pursued for renovation. The transformation project has been gradually carried out in three stages, with each phase targeting a different stand: Wedlock, Dolman and Williams.

As part of phase one, the Wedlock Stand was demolished, following 86 years of service. Once rebuilt, it will accommodate new conference facilities, a number of administration offices and a café. Phase two dealt with the Dolman Stand, which has been redeveloped to showcase the stadium’s new sports bar.

The final phase will comprise a complete reconstruction of the Williams Stand: it will be replaced with a two-tier structure with the ability to hold 11,000 spectators.

Whilst the project has been underway, the stadium has remained open to the public. 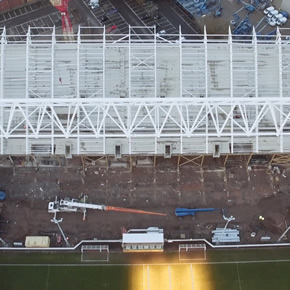 Having supplied a series of structural purlins and side rails to the project’s first two phases, Metsec has been contracted to work on phase three. The company’s work will be ongoing until the project’s completion, which is scheduled for the start of the 2016/17 season.

As an Execution Class 4 project, the stadium requires the highest level of quality control within its fabrication process. Metsec’s operations are certified up to this maximum, making the company’s galvanised steel building systems appropriate for use.

Offering CE marked purlins and side rails, Metsec can deliver on large scale construction projects, such as the Ashton Gate Stadium.