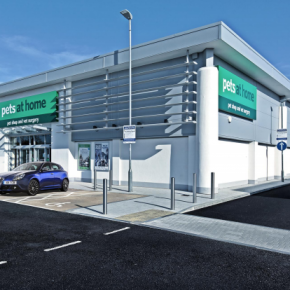 Bruce Clarke of Somerset Plastering, who carried out the 1,300 square metre render refurbishment, commented: “The use of movement joint beads should be considered on all rendering projects. All buildings move over time and the rendered surface of a facade is no different.

“Whether the sun is shining on an aspect or freezing rain is lashing against it, render will be continually expanding and contracting.”

Although often wrongly dismissed, movement joint beads simply have to be specified and installed if a rendered surface is to survive and maintain its clean, crack-free look. 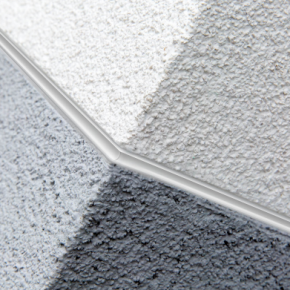 When the temperature of the rendered surface rises or falls, the movement joint beads allow room for the render to expand and contract with no cracking.

Renderplas movement joint beads are guaranteed for at least 25 years (or the life of the render), so their use can dramatically lower the need for costly maintenance.

Renderplas, who make the only BBA-certified PVC movement joint beads, recommend they be used on any rendered surface over 20 square metres.

They ought to be specified every 4 – 6 metres , over structural movement joints and all changes of background.

The presence of the expansion joints can also become a design point by creating definition lines that enhance the aesthetic of the building. 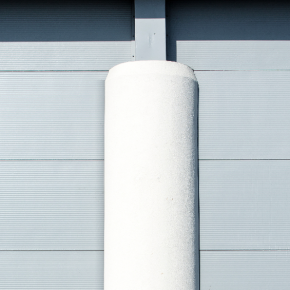 In reference to Treliske Retail Park, Bruce Clarke said it meant the perfect pinstripe between the K Rend Limestone White and Granite render at the bottom of the wall could be created, which he added ‘looked great’.

Somerset Plastering have been using Renderplas’ PVC beads for nine years, with Bruce saying the beads’ ease of use is ‘unbeatable.’

Used at internal corners and where two colours meet, Renderplas movement joint beads ensure the rendered facade of the Treliske Retail Park will remain maintenance free and look impressive for many years to come.

Daniel Leedham-Green, Managing Director of Renderplas, said he was ‘delighted’ by how well this use of movement joint beads has worked.

“As well as defining the two render colours they also bring such a modern and crisp look to a functional building. To see them working so beautifully is very impressive,” he said.

All Renderplas beads are made from impact-resistant PVC, meeting stipulations of the British and European standard for the design requirements for render beads (BS EN 13914-1:2016), coming in a range of colours and a guarantee to never rust.