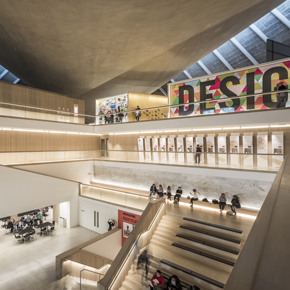 Allgood’s Modric ironmongery has been used throughout the Design Museum, which re-opened last November, following its move from Shad Thames to Kensington.

Founded in 1989, the Design Museum was originally established in Shad Thames, showcasing all elements of design, from fashion to product and graphic design.

Its recent move across London to Kensington has enabled it to triple its capacity; the museum now boasts a 10,000 square metre space, which allows for a significantly greater number of exhibitions.

Redevelopment of the Design Museum

The museum has been relocated to the former Commonwealth Institute building. Architect John Pawson was tasked with remodelling its interior inside the Grade 2* Listed establishment.

To both retain and emphasise the heritage of the building, its original roof structure was preserved. A series of piles, temporary trusses and beams were fitted to support the internal roof columns until the new structure was erected. 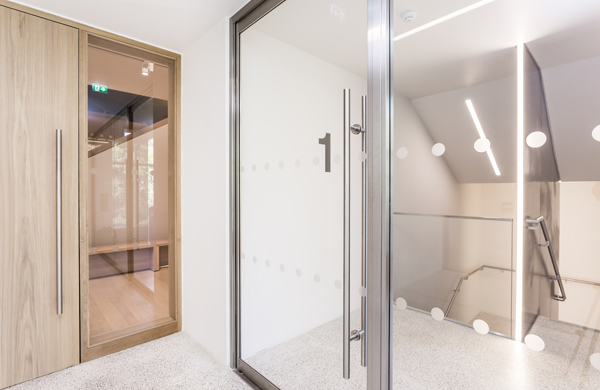 The new space needed to be able to accommodate permanent and temporary exhibitions, as well as learning spaces. The architect’s brief stipulated that all internal elements should complement the existing building envelope, and provide a suitable backdrop for the exhibitions.

These systems were fitted inside the museum, in conjunction with Modric overhead door closers, magnetic door holders, and concealed doorstops.

Operating on quadaxial fixings, Modric lever handles have been independently tested to BS EN 1906, and exceeded 1 million cycles. The range is manufactured in Allgood’s UK-based factory.

Following the project’s completion, Allgood won the Commercial category of the Guild of Architectural Ironmongery Specification Awards 2016/2017. The judges praised the team for its innovative ironmongery solutions, which met the architect’s brief by complementing the look and feel of the building.