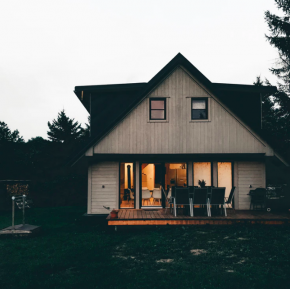 MoneySuperMarket’s annual burglary claims tool has found that the central Birmingham postcode of B5 is Britain’s top burglary claims hotspot, with the Staffordshire town of Leek having the least amount of claims.

MoneySuperMarket’s interactive Burglary Claims Tool displays the rate of burglary claims made in every postal area in the UK and provides information on how to improve your home security and reduce the likelihood of burglary.

The tool recently analysed 3.1million home insurance claims from over the last two years to identify the locations of the highest and lowest rate of claims for home contents theft within a five-year period.

Research revealed a 2.5% increase in claims at an average of 16.04 claims per 1,000 in 2019 – up from 15.65 in 2018. Furthermore, the tool has revealed that the central Birmingham postcode, which covers Digbeth, Highgate and Lee Bank, has ranked the highest.

At the opposite end, the Staffordshire town of Leek reported the fewest burglaries with just with 0.69 claims per 1,000 quotes.

Metropolitan areas dominate the rankings for areas with the highest amount of claims, and only one suburban and one rural area feature within the top 20.

You can view the top 20 below: 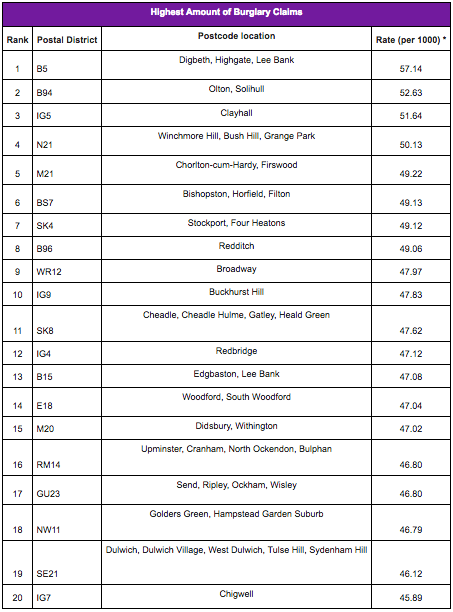 Burglaries are also more common in colder, darker months, with claim numbers 12% higher in autumn than in summer. In addition, houses remain the preferred target of burglars and are 70% more likely to be burgled than flats.

“Our research shows that burglary claims are continuing to rise, adding up to £50 to your premium,” explains Emma Garland, data scientist at MoneySuperMarket. “It’s increasingly important to protect your home against theft. One option could be to look at the type of locks you currently have in your home, to help bolster the security of your doors and windows. Further measures such as burglar alarms, security lights and timers on your indoor lights that give the illusion of occupancy are all deterrents to burglars. Regardless of where you live, it’s always worth ensuring that you’ve got the right level of contents insurance cover for your needs. Shopping around could save you up to up to 41.70% (equivalent to £90.17) on your existing deal,” Emma adds.