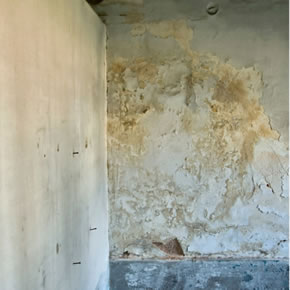 VPS is warning property owners of the health risks associated with household mould. Homeowners should be aware that serious outbreaks may require elimination by specialist prevention and removal teams.

It is largely unknown that common household problems, such as mould, can kill. Classed as a Category 1 health risk, mould can be just as dangerous as asbestos.

VPS has issued a warning to raise awareness of the health risks associated with untreated mould. Invasive Pulmonary Aspergillosis (IPA), for example, kills 50% of the people that contract it.

Landlords and property owners should be aware that they may need to contact specialist teams to eliminate outbreaks of mould in their homes.

‘Aspergillosis’ refers to a group of conditions which are caused by aspergillus, a type of fungal mould which affects the respiratory system; it can spread throughout the body and release micro toxins, which can cause illness.

As a major component of mildrew, it can be found growing on damp walls.

Whilst mould can be avoided by eradicating contamination, it can also be evaded by addressing the root causes. These include: condensation, rising damp, water leaks, inadequate ventilation and damp basements.

However, once mould spreads, a specialist team must be contacted to carry out its removal. VPS’ specialist mould prevention and removal teams are offering free consultations to property owners who think they have a mould problem.

The teams are equipped to identify the causes and deal with the contamination, whilst ensuring that a stable condition is achieved and maintained in the affected areas.

VPS’ specialists can also recommended preventative steps, which should be taken to avoid the growth of mould in the future.