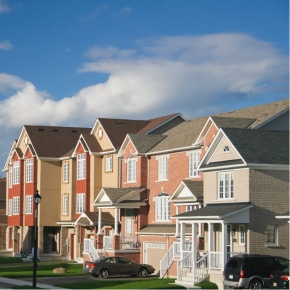 Headlines are making for sobering first-time buyer reading once more. In February 2017, house prices in the UK reached an average of £217,000 – the equivalent of 7.7 times the national average salary.

Then there’s the nature of the homes themselves. The Government has pledged, in the face of the national ‘housing crisis’, that 250,000 new homes should be built per year. Last year, ‘only’ 140,650 new homes were built. Yet the development pace means these new homes may be of poor quality, and not meeting the national need.

First time buyers, now the Millennial generation, are facing an exceedingly tough time getting on the property ladder. There’s a shortage of properties, meaning keeping prices low is tough. Therefore there is immense pressure on the construction industry to build new homes to help meet Government targets. These targets are being massively under-met. However, there’s more to it than that. The houses that are being built aren’t up to scratch.

Not only are first-time buyers stretching themselves beyond that which previous generations would have recoiled in horror at, they aren’t necessarily getting their dream home in to the bargain. The speed at which development is happening would appear to be letting problems through the net. Paula Higgins, Chief Executive of the Homeowner’s Alliance has stated: “In the rush to build new homes there is concern that standards are slipping”. In fact, the Homeowner’s Alliance reports that 38% of buyers turn down new builds because of the poor quality.

This isn’t just a case of bad luck. It’s a widespread problem. The Consumer Code for Home Builders was brought in 7 years ago after government-led investigations reported that a vast 70% of new homes weren’t up to standard, and buyers were left without legal redress. However, the Code is only voluntary. It doesn’t actually bring the homeowner of substandard-build-quality housing, any concrete support.

However, there may be some hope on the horizon coming. The Department for Communities and Local Government (DCLG) is taking steps to create a New Homes Ombudsman. They will be able to provide dispute mediation between homeowners and the builders, as well as warranty providers. This signals an important step for owners of new build properties getting redress for the problems they face. There are also some indications that house prices may fall.

What are the problems with new builds?

The problems can really be anything that comes from rushing, or poor workmanship. Every tale is different, but it may be poor ventilation, lack of cavity wall insulation, rot, or poor build quality. Furthermore there may be problems beyond the structure of the building alone. In a bid to keep costs low, some builders may opt for lower quality options for fittings such as kitchens, appliances, and boilers, or cut corners on their installation.

The crux of the matter comes when you realise that the NHBC warranty you get with a new home, doesn’t cover these ‘non-structural’ issues after 2 years. So although your warranty is for 10 years, if you don’t notice, and get redress of the non-structural issues immediately, you may end up liable for covering the costs of repair.

These problems are often not cheap to fix either, with price tags beyond that which the average first-time buyer can come up with quickly. For example, in the case of a new boiler, it can cost as much as £3000. This is why it is important to check prices, and ensure you are getting a fair deal on a new boiler that should also hopefully save you money on bills in the long run.

However, this doesn’t change the fact that many new builds simply aren’t up to scratch and it’s still the homeowners footing the bill to bring them up to standard.

Letting down the next generation

Property ownership, a near-given for their parents and grandparents, seems an unrealistic dream for many Millennials. Then even those who do make it on to the ladder, tempted by the concept of a new build, because it won’t bring the traditional maintenance headaches and costs of an older property, discover they were wrong.