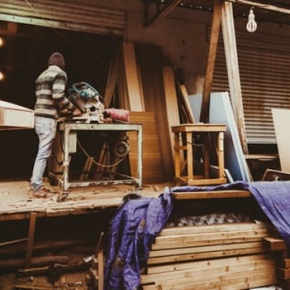 Figures from the latest Ulster Bank Construction Purchasing Managers Index indicates that there was a surge in new construction jobs, reaching near record levels in Ireland.

The latest PMI revealed that 27% of firms reported workforce expansions – the second highest recorded since the monthly survey was first run more than 16 years ago.

In January, activity in the Irish construction sector continued to rise sharply, according to the PMI, prompted by an increase in new orders.

The headline PMI index remained comfortably in expansion territory in January, explained Simon Barry, Chief Economist Republic of Ireland at Ulster Bank. He added that residential activity remains a particular bright spot with housing activity continuing to rise at a rapid pace, while commercial activity also very much remains in expansion mode, though the pace of growth has eased in recent months.

Respondents report a third consecutive monthly decline in activity with civil engineering continuing to lag behind the other sectors. The Irish construction outlook is still judged as favourable by respondents, with confidence about future activity prospects remaining strongly positive in January amid further solid gains in new orders, despite easing in the rate of increase.

“Respondents reported higher prices for oil-related products and for items sourced from UK suppliers, consistent with growing signs of Brexit-relatedprice and costs increases in the UK economy,” Simon concludes.