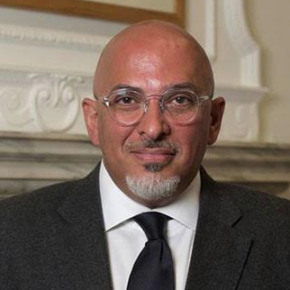 A survey of over 900 construction professionals conducted by UKCW asked respondents what their one request to the Construction Minister and the Government would be.

The results of the survey revealed an increasingly impatient industry still focused on Brexit, but split between those who want the Government to ‘Get Brexit completed’ (37%, with the vast majority of those favouring a ‘no ifs or buts’ approach), and those who want to ‘Cancel Brexit altogether’ (32%).

Within the industry itself, the research reveals that it’s mostly architects who are Remainers, with 57% of those respondents choosing to make ‘Cancel Brexit’ their number one request, compared to 15% choosing ‘Get Brexit completed’.

This swaps over when it comes to contractors, with 44% of those respondents choosing ‘Get Brexit completed’ compared to 20% choosing ‘Cancel Brexit’.

Other political and policy issues came much further down the list. The alternative number one requests from respondents were for the Government to speed up initiatives in construction to tackle climate change (9%), the cancellation of HS2 (a surprising 4%, mostly from consultants), and reform to planning laws and policies to make it easier to build (3%).

Nathan Garnett, UKCW event director, commented: “The splits in the construction industry’s views simply reflect what’s happening in society generally. But it is a really difficult time for this sector at the moment, a sector that absolutely hates uncertainty.

“The Minister will hear this very clearly when he attends this year’s event – whether it’s deal or no deal, or cancelling it altogether, we just want to know how to prepare for the future.”

Despite the uncertainties, and to help the 30,000 or more industry delegates expected at the show, UK Construction Week is hosting a wide range of CPDs and keynote speeches to explain what can be done to prepare for the post-Brexit future.

For example, a major debate on the UKCW main stage will take place on Wednesday 9 October, on Brexit Boom or Bust? Industry Economic Forecast 2020.

The Office for Product Safety and Standards will be holding workshops on timber regulations and the impact of a no-deal exit on timber importers.

The Department for Work and Pensions will be advising construction professionals in the UKCW Careers Centre and HMRC is in the Civils area of the show (stand C21).

In addition, the Department for Education will be promoting apprenticeships and talking about educational options in the UK for EU nationals post-Brexit.

Nadhim Zahawi MP was appointed in July as the third Construction Minister so far this year.  He will be giving a keynote address on the UKCW Main Stage on day two of the event, at 2:15pm. Pre-booking is strongly advised.

UKCW is one event with many sections, including Build sponsored by Easy-Trim, Building Tech, Civils, Energy and HVAC, Surface and Materials, and Timber.

It also features Concrete Expo (8-9 October only) and Grand Designs Live (9-10 October only). Single registration gives free access to all areas of the show. Pre-booking is also strongly recommended for the extensive seminars and CPD programme.