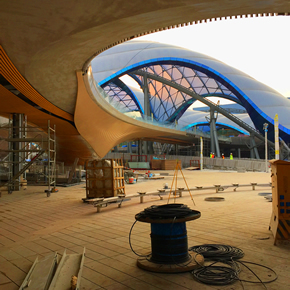 Scott Bader’s Crestapol Resin and Crystic FR Gelcoat have been used in the construction of Shanghai Disney Resort’s Tomorrowland park.

The new Disney resort comprises six themed parks, including the futuristic ‘Tomorrowland’. An assortment of fire retardant (FR) gelcoated FRP composite module parts were used to construct a vast amount of the rides and buildings in the park, which spans over 2,300 square metres.

To produce each composite part for the project, E-Grow employed a unique, patented wax mould process. A 3D CAM file was used to mill individual plugs from large wax blocks to produce the mould plug.

The wax plugs, which included surface texture and design details, were then used to cast gypsum based mould tools for the hand lay-up process. Following the successful production of the FRP parts, the wax was melted down and reused. 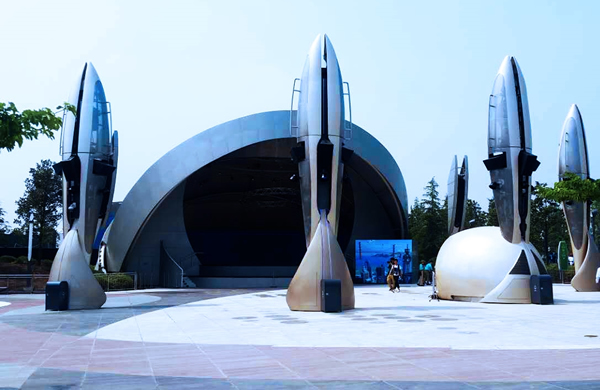 E-Grow used Crestapol 121, loaded with 170phr aluminium trihydrate (ATH), to ensure that all of its FRP parts met the Chinese B1 ‘reaction to fire’ classification for fully assembled composite parts, as required and tested by the Chinese National Inspection and Testing Centre for Building and Engineering Materials.

The company specified eight custom shades of fire-retardant Crystic Gelcoat 967 – which has been designed by Scott Bader for use on GRP parts in the building and transportation industry – to match the paint system, guaranteeing that the rides and buildings at Tomorrowland will maintain their aesthetic appeal, should any damage occur.

The materials were delivered by Scott Bader’s Asia Pacific team, sourced from the company’s production plants in the UK and Dubai.