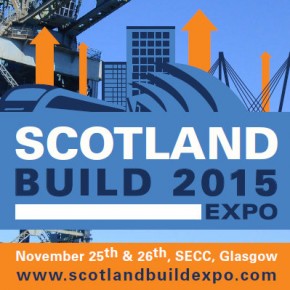 This major Expo will be attended by thousands of visitors and over 150 exhibitors showcasing the latest developments, investment and opportunities in and around Scotland, including a 2 day conference, CPD accredited training workshops and 50 high level presentations.

Strongest growth in over 5 years

The Scottish construction industry is growing at its strongest rate in over 5 years.

Construction contracts in Scotland in the past 12 months have outperformed most other parts of the UK as the economy returns to pre-2008 levels and the Scottish government makes significant infrastructure investment.

Scotland is home to some of UK & Europe’s largest construction projects.

There are currently close to £40 billion worth of contracts to be awarded in Scotland in the coming few years.

Housing construction is on the rise across Scotland, in addition to many private initiatives the Scottish government is building nearly 5 times as many council houses as the rest of the UK.

Furthermore, as part of the government’s Infrastructure Investment Plan substantial capital has been set out to invest in numerous large-scale construction projects linked to transport, housing, healthcare and education.

From council houses to private developments; from transport projects to healthcare construction; from new colleges to prisons _ the number of infrastructure and construction projects across Scotland is vast and continually increasing.

Register your places now, the conference is free to attend!

One comment on “Scotland Build 2015 focused on construction boom”