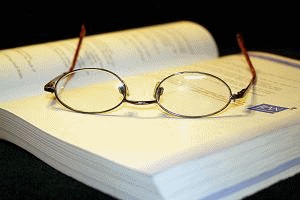 The timber frame market saw profit growth of 0.5% in 2014 according to a new report from MTW Research, with double digit sales growth in the last 2 years boosted by the burgeoning housebuilding market.

Based on sales data from 80 timber frame suppliers, the report states that margins recovered in 2014 and profitability will strengthen in 2015 as demand rises from housebuilding and commercial construction.  However, the report notes that there was some evidence of a deceleration in growth for the timber frame market toward the end of 2014, with more stable trading patterns forecast for 2015.

MTW’s director Mark Waddy commented: Around 20% of timber frame suppliers have failed since 2008, reflecting ongoing challenges in the market.  However, these closures coupled with rising demand in the last 2 years have alleviated the threat of over-supply which was dampening growth prospects for the timber frame market.

Identifying a number of positive factors the report forecasts sales growth of 20% by 2019, underlining healthy opportunities for the timber frame market.

The drive toward more energy efficient homes and buildings continues to represent a key driver of demand for timber frame construction in 2015.

MTW forecast that closed panels and the SIPS market are likely to gain further share over the open timber panel market as an increasing number of new build homes seek to achieve code 5 status.  Sustainability of the material, lower waste arisings and greater thermal efficiencies amongst others continue to support the specification of timber frame, with the research finding that timber has continued to gain share of the UK construction market.

Nevertheless, the research identifies a number of key drivers and opportunities which should underpin growth in the timber frame construction market in the medium term.  The report highlights that housebuilding levels are some 55% higher than they were in 2009, with timber frame sales having risen faster than the overall housebuilding market.

MTW’s research also reviewed the MMC market (modern methods of construction), finding that sales in this sector are set to top £2 billion for the first time in 2018, underpinning further optimism for new building technologies and materials in the future.

The report analyses the timber frame industry in detail and suggests that whilst profitability is rising, the level of M&A activity in the sector is set to increase in the near term.  The research found that an increasing number of higher profile mergers and acquisitions are likely as economies of scale are sought in order to compete with more traditional building methods.

According to MTW, the fragmented timber frame market is also likely to be characterised by ongoing consolidation in the longer term with smaller companies becoming less prevalent in the industry as a result.