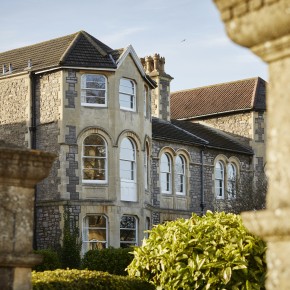 REHAU are keen to stress that advancements in the design of PVC-U windows mean they can be used to ensure an appropriate aesthetic, dependent on a building’s surroundings.

Despite the belief once held that only timber frames could achieve a desired appearance, councils are slowly coming around to the idea of allowing alternative materials, such as PVC-U, can be chosen instead.

REHAU’s Kevin O‘Neill has spoken about a recent installation in Bristol, which has set a precedent for the city.

He referred to Sneyd Park, a leafy suburb featuring an plethora of beautiful Victorian buildings, many being divided into flats.

The period property had single glazed, draughty timber windows, which lost considerable amounts of heat and was extremely cold in the winter.

Mr Hall wished to improve comfort levels and lower heating costs. Wooden windows were not an option for him, but had not seen any PVC-U windows that took his fancy either.

He was invited by Panoramic Windows to its showroom to look at its vertical sliders offer were made using REHAU HERITAGE profiles.

HERITAGE sash window profiles possess all the sight-lines of a traditional timber box sash window, with a deep heritage bottom rail. The exteriors of the windows have putty-line aesthetics to enhance the authentic design, and the windows are available in a range of finishes. 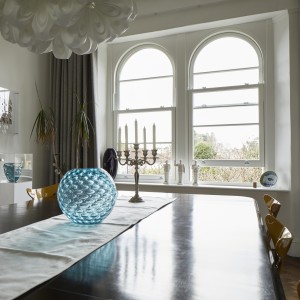 The customer loved the HERITAGE profiles, so therefore an order was placed for 16 windows with a white woodgrain foil finish.

Mr Hall applied for permission to replace his windows, which took much longer to get the planning application approved than he expected, as the local council and residents‘ group believed wooden replacements should have been specified. 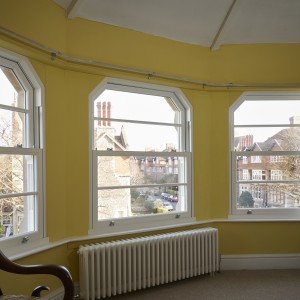 The application was initially refused but approved on appeal following an independent inspector stating the replacement PVC-U windows would have no detrimental affect on the appearance of the conservation area.

In fact, he gave the council assurance they would be almost identical to the existing timber windows, advising them to see a sample window for themselves, which Panoramic were happy to provide.