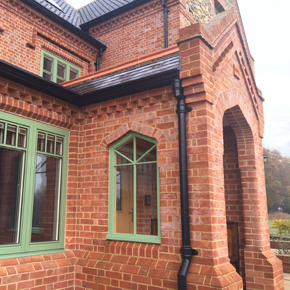 Independent brick manufacturer Northcot Brick has been recognised for its quality brickwork at this years Built It Awards.

Over 65,000 of Northcot’s Stratford Mellow handmade bricks were specified for Bridge House, the winner of the Best Masonry Home category.

The traditional brick and flint family house in Norfolk was praised by the judges for its craftsmanship and brick detailing, which judges said “could not be faulted.” 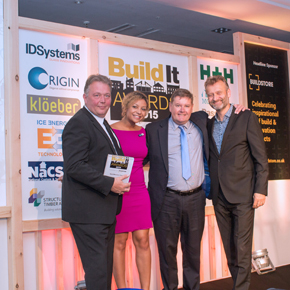 The moulds were created for the many matching decorative ‘specials’, which ranged from plinths, bullnoses, cants and parapets to several courses of corralling with intricate dentil work at the eaves.

The owners of Bridge House said that the traditional character and individuality of Northcot’s handmade bricks were integral to the building’s design.

Owner David Dunnet said: “Having looked at several brick manufacturers’ ranges, we were instantly attracted to the ‘living glow’ of this particular light red textured blend, which has a unique character which complements the architecture of the region.”

Northcot’s team of brickmakers utilise traditional bench mould techniques and use one of the country’s last remaining coal-fired kilns in order to achieve their distinctive qualities.

Michael Brown Managing Director of Northcot Brick added: “We are delighted to have received this our second ‘Build It’ award.  Receiving such accolades demonstrates the value of traditional craftsmanship and the role that fine brickwork still plays in the regional architecture of this country.”

All Northcot bricks are manufactured to British and European standards, including F2 rating for Frost Resistance BS EN 771-1:2003 and are hand checked to ensure consistency of quality throughout before they are dispatched.