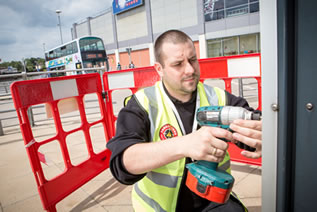 Derek Ferguson, Novus’ strategic operations manager in Scotland, said: ñTo see many of the world’s best athletes competing at the highest level was inspiring to us as a business and we wanted to contribute to the legacy of the games by donating £1,000 to a sports club in the city.

ñRed Star Athletics Club stood out to us because it supports a wide range of abilities and has a long history of making a positive impact on the lives of its members.î