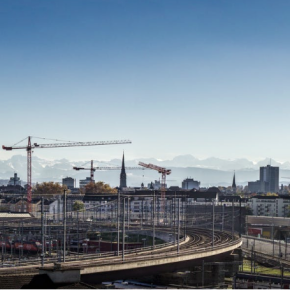 The recent release of data by the Office for National Statistics demonstrated that output in the construction industry fell by 1.7% in February 2017, in comparison to January 2017.

This came despite output in the construction industry growing 1.5% for the fourth consecutive period on a three month on three month basis and defying expectations for 0.1% growth.

Following January’s strong growth, infrastructure provided one of the main downward pressures on output in February, decreasing by 7.3%.

Output in Britain’s construction sector significantly slowed in February, mainly due to a slump in infrastructure work, according to the data.

Output is the amount chargeable to customers for building and civil engineering work done in the relevant period excluding VAT and payments to sub-contractors.

Construction output is made up of new work and repair and maintenance. The drop in output was driven by a fall in all new work, mainly as a result of a sizeable fall in infrastructure. All new work fell by 3.3% in February 2017, driven by large falls in new housing and infrastructure.

Howard Archer, chief UK and European economist at IH Markit, warned that the economy is likely to slow appreciably as 2017 progresses.