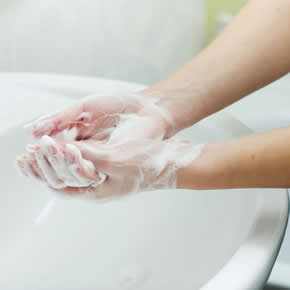 Out of touch: the importance of non-touch technology in commercial washrooms

Although infrared washroom technology isn’t anything new, recent years have seen it propel as a much higher priority on the specification chain – being an effective way to heighten hygiene standards and cut utility costs for commercial premises.

The provision of clean and hygienic washroom facilities is rightly considered vital for the welfare of all incumbents of a public building. As shown on numerous occasions in the media, failure to do so cannot only implicate the standard of cleanliness of an entire building but lead to serious illnesses, some fatal.

Here, the problem lies that washrooms, by their nature, offer the perfect breeding ground for infection – damp hands spread more bacteria than dry hands and contaminated hands regularly transfer viruses; even bacteria that do not normally grown on skin can stay alive on hands for several hours. Thus, a poorly maintained washroom can cause major infection spread through cross-contamination.

Testament to this, it is estimated that 80% of infectious diseases are spread through touch yet something as supposedly simple as hand washing can reduce the risk of some illnesses by 50%.

The importance of hand hygiene 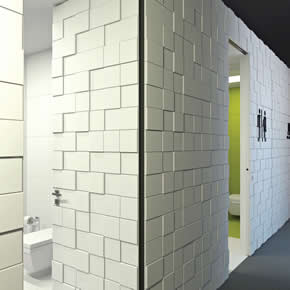 Cue an abundance of high-profile campaigns designed to highlight the impact that poor washroom etiquette can have – from the NHS’ Clean Your Hands campaign through to the Bog Standard charity initiative aimed at improving the hygiene of toilets in UK schools and much more.

As public institutions continue to wrestle with this perennial issue, manufacturers have stepped in to offer high-tech solutions which can help to improve washroom hygiene and alleviate the risk of infection spread – all at relatively little cost. Here, the remit is taking the responsibility off the washroom user by reducing the need of contact and therefore cross-contamination; in other words, the use of non-touch technology.

For example, taps, being one of the core sources of cross-contamination, can be easily upgraded by installing a new tap with an integral infrared sensor to turn the water on/off. In this way, these taps offer a completely hands-free operation, whereby automatic detection eliminates the risk of germs being spread via the hands.

Another solid recommendation is a urinal infra-red automatic flush. Working in a similar way, the infrared technology detects human presence and automatically flushes the individual urinal after use, thus alleviating the need for human contact. Plus, the direct flush removes the need for an auto-flush cistern and associated plumbing used in traditional installations, which flush all urinals intermittently.

Again, there is a major added bonus to using both of these technologies – efficiency. Whereas with traditional setups, taps may be left running – or simply drip – while cisterns may have an unnecessarily high water demand, non-touch technology means water is only used as needed. This enables buildings to significantly minimise mains water use in order to lower their environmental impact and cut water bills.

However, the considerations don’t quite end there, with the recent introduction of a new infrared soap dispenser specifically created to aid infection control in public sector premises. In a similar vein to water-related infrared products, the dispenser spout incorporates infrared technology to detect human presence and dispenses a userset volume of soap, thus negating the risk of cross-contamination between hands. In addition, wastage is eliminated, thus further helping with efficiency measures.

The importance of infrared washroom technology in the public sector environment cannot be underestimated. Not only can it drastically reduce the risk of cross-contamination, aiding infection control measures – but it can also help to eliminate wastage which then leads to cost reductions. Therefore, for the commercial specifier or building operator not already doing so, it is time to make the most of these technologies.

Find out more in the June issue of PSB Magazine