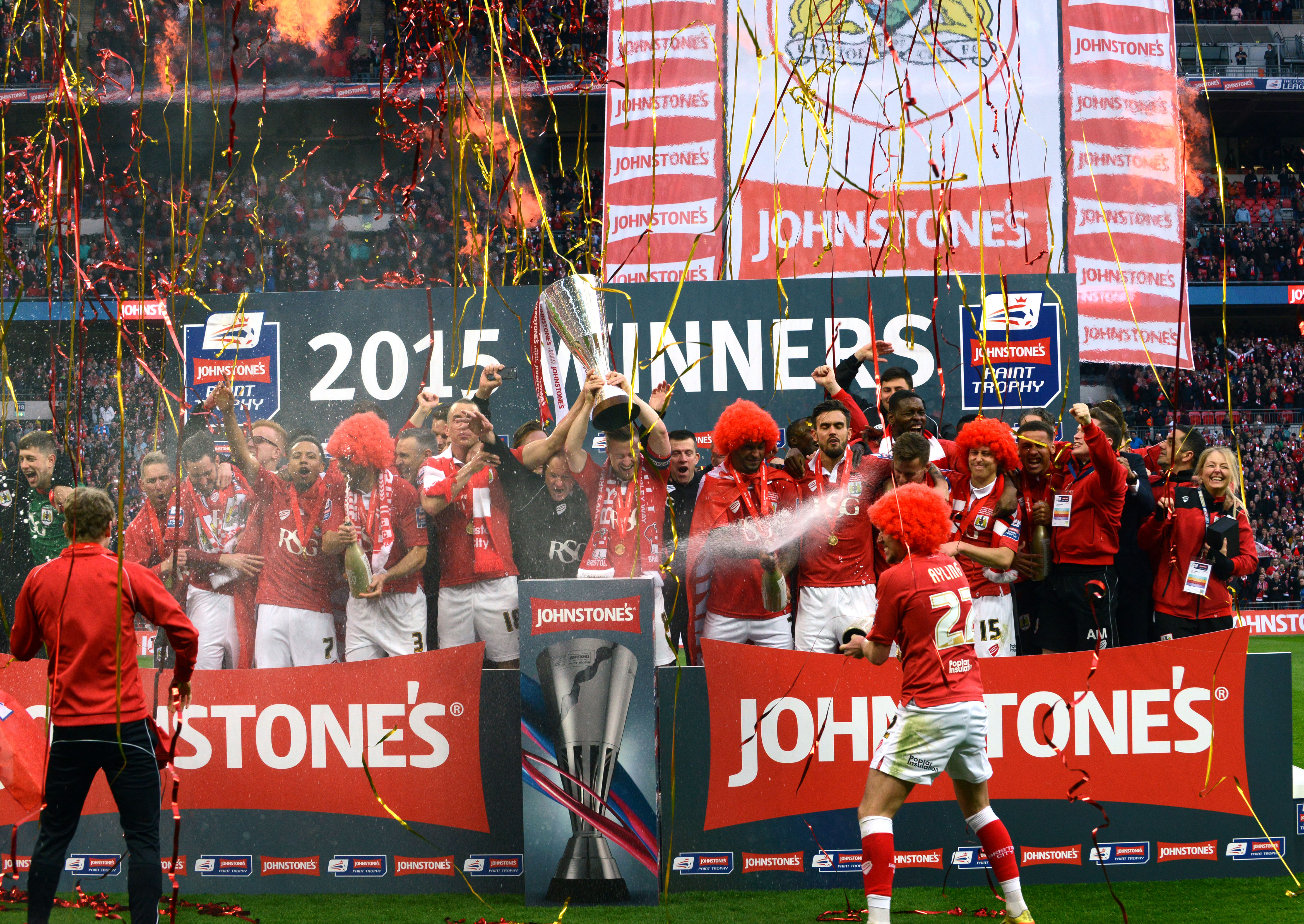 Over 900 painters and decorators were Johnstone’s Paint Trophy special guests at Wembley to see Bristol City beat Walsall in the football final.

More than 900 painters and decorators were invited as guests of Johnstone’s at the Johnstone’s Paint Trophy football final between Bristol City and Walsall.

Decorators were treated to full hospitality throughout the day, including a three-course meal in the Bobby Moore Suite. The room was decked out with gold balloons to celebrate Johnstone’s 125th anniversary as a paint manufacturer.

The day was even more special for 14 Johnstone’s Trade employees and two charity auction winners, who got to play football on the hallowed Wembley turf just over an hour before kick-off in the Johnstone’s Sixes.

Connor Higgs, from Johnstone’s selected charity partner When You Wish Upon A Star, had the honour of presenting the ball to match referee Mick Russell ahead of kick-off.

Ben Wilde, brand and sponsorship manager for Johnstone’s: ñOnce again, the final was a huge success and the perfect end to what has been a magnificent competition over seven months. Our customers have been integral to our success during the past 125 years so it’s important to thank them for their support and occasions like this enable us to do that.î