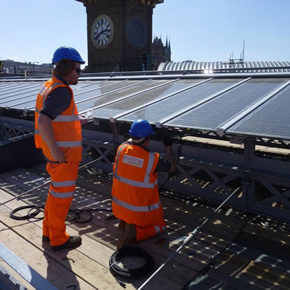 In an attempt to extend its operations in the PV market, Photon Energy has acquired the assets of Cumbria-based Sundog Energy of Penrith.

The company bought the Sundog Energy name and goodwill, along with its assets and operation and maintenance services, following its decision to go into voluntary liquidation.

The business will be relocated to Lancaster; several new members of staff will be taken on to fill the positions of contract installers and business development manager.

Photon Energy is acutely aware of the decline of the photovoltaics market; as one of the UK’s first commercial PV companies, with over 20 years of experience, Sundog Energy is a valuable addition to the company.

Over the past few years, Photon Energy has been focused on new build commercial projects, growing its retrofit businesses and extending its operation and maintenance offering. It hopes that the acquisition of Sundog Energy will enhance its capacity in these areas.

Since 2006, Photon Energy has expanded its operations to become a national PV business: the company intends to make further acquisitions this year, in attempt to continue growth in its market.