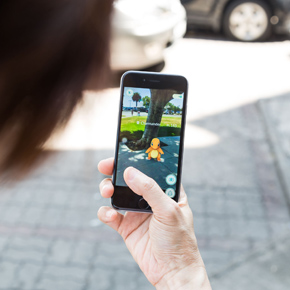 News of trespassers finding their way onto construction sites is nothing new, but when you mix that with the latest location-based game craze “Pokémon Go”, you may need to tighten security. 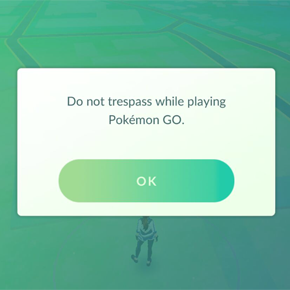 Messages such as “Do not Trespass” have started appearing when Pokémon Go is loaded.

Designed using GPS and augmented reality, the game leads users around the real world catching Poké characters from the hit 90’s Gameboy game which they must approach in close proximity.

With reports of problems including players walking out into oncoming traffic, scaling buildings and driving whilst playing it’s no wonder that the games makers, Niantic Inc, decided to incorporate warnings into the game. Messages like “Do not Trespass” have started appearing when the app is loaded, which leaves little doubt that users who ignore warnings could face accident, injury and even trouble with the law.

The many different types of characters and highly popular in-game locations including Pokéstops and Pokémon Gyms, which help users better their gameplay, are typically located in places of interest; however, not all are so public.

If someone were to injure themselves on a construction or building site, the reality is the contractor or site manager could be liable for any accidents and injuries caused, unless proof can be provided that the site was secured to a high standard.

Here are our tips for keeping both players and Pokémon, out.

To ensure your site remains secure you should conduct a safety risk assessment to determine whether your site is at low or high risk of intruders. E.g. If your site is located in a densely populated area such as a city or town you could be considered high risk.

If you’ve seen people wandering around staring at their smartphones outside your site or even asking to come inside, the first thing you should do is check whether your site is featured as a Pokéstop or gym in the game.

If your site is listed you can now opt to remove yourself here. It’s unclear how long his will take but eventually the crowds should disperse.

Scout the outside of your fencing and gates, ensuring there are no gaps for sneaky gamers to get in. You may also want to review the height of fences, ensuring the walls are not easily scalable whilst making sure heavy duty locks are used where possible.

If you haven’t already considered it, alarmed fencing could prove to be a valuable investment. Advertising the alarms may be enough to deter most trespassers but high volume ringing should be enough to scare off even the boldest of players.

As one of your first lines of defence you should also clearly mark the sites boundary’s with the appropriate caution and danger signs. Typically these are bright, colourful signs – however, they may not be clearly visible to a distracted gamer.

As a suggestion, you could try using a sign aimed specifically towards gamers addressing them directly of the dangers ahead. You should note that using the Pokémon Go branding and images of characters may be prohibited under copyright law.

Security cameras can be a powerful deterrent to most trespassers; they can also act as proof in the event a player chooses to ignore other lines of defence. Keeping a visual record of what happens during out-of-hours means if a player enters your site and subsequently injures themselves, the contractor will have proof that they are not at fault.