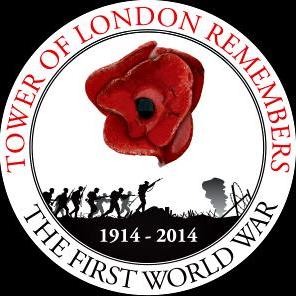 Poppies bloom for 100 year WW1 remembrance at Tower of London

Johnson Tiles was approached by project artist Paul Cummins, to help meet the target of 888,246 poppies.

Each ceramic flower represents a person who died during World War 1.

Johnson Tiles recruited a team of specialist ceramic artists, who have been working at the factory over the past few months, individually making and decorating poppies by hand.

The Tower of London moat installation, which was officially unveiled by the Duke and Duchess of Cambridge in the summer, has since been filling up as the flowers are made, with volunteers planting each one. The final poppy will be planted’ on Armistice Day to mark the end of the conflict.

Every poppy individually made and decorated by hand

We were very honoured to be asked to contribute to this very poignant project. Each and every poppy made is unique, every worker creates each poppy differently with complete individuality, which is wonderful because of what each poppy represents. We managed to set everything up in a matter of weeks  we have literally installed a medium-sized traditional pottery studio in our factory  but we have the skill set and as a company we were able to invest in everything needed to make it happen. We’ve got a great team here at Johnson Tiles, with everybody working hard to make this a success.

Around 8,000 poppies a day are made by the team at Johnson Tiles for the Paul Cummins’ Blood Swept Lands and Seas of Red installation, in a labour intensive process involving very traditional, skilled method of making, beginning with clay processing to produce slabs.

Flower templates are then cut from the slab, with the two layers formed into the poppy shape. Each poppy is dried for a minimum of six hours in a cabinet dryer, which reduces the moisture content enough to fire them in the kiln. The poppies are biscuit fired’ and then hand-dipped and re-fired to high temperature before being dispatched to Paul Cummins’ studio in Derby.

Local veterans from the Stoke-on-Trent branch of the Normandy Veterans Association recently visited the factory to see the poppy making process in action and meet some of the artists, as did children from special educational school Abbey Hill who had a go at making their own poppies.

Joanna Dawidowska, who help lead the team of 12 ceramic makers at Johnson Tiles, said: This has been a very emotional project for everyone involved, some of the makers here have relatives who died so for them it’s a very special. It’s difficult to imagine just how many lives were lost until you see the amount of poppies, there are so many of them. It’s great to see so many people with different skill levels coming together for this, we’re all very passionate about it.

Paul Turner, one of the makers of the poppies and a former worker at Johnson Tiles 25 years ago, returned to the company especially to help with the project. He said: I’ve worked in ceramics all my life, and it was great to return to work on the poppies. We get regular updates when they’ve been planted, it’s amazing to see it all coming together.