New research from Lloyds Bank, unveiled at its Business Leaders’ Summit in London today (6/2/2017), has highlighted that UK business leaders believe that infrastructure improvements are essential if Britain is to continue to grow and capitalise on opportunities to be a centre for world-wide trade following Brexit. 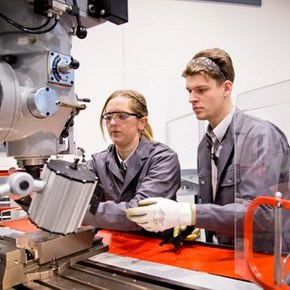 Clare Francis, Managing Director, Global Corporates at Lloyds Bank Commercial Banking, applauded the emphasis on infrastructure improvements in the government’s draft industrial strategy, however commented: “Britain needs world class infrastructure in the UK to maintain its attractiveness as a modern and global hub”.

Only 28 percent of executives identified aviation capacity as an infrastructure concern, following the Government’s decision to approve a third runway at Heathrow last year.

The study also showed that 78 percent of business leaders believed the government’s top post-Brexit priority should be to accelerate infrastructure spending to significantly improve inward investment into the UK.

Over half of executives commented that they would like to maintain access to skilled overseas workers, whilst 42 percent are hoping to develop trade outside of the European Union. A similar number of respondents commented that the government should prioritise reducing corporation tax to attract overseas investors.

The annual survey was conducted ahead of the Lloyds Bank Business Leaders Summit, now in its fifth year, which hosts more than 150 CEOs, CFOs and other senior leaders from the world’s largest corporate companies.