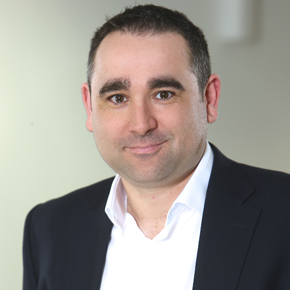 Specialist contractor Prater has appointed Kevin Smith to the role of Sales Director.

Having began his career at Prater as an Estimator in 2006, Kevin has since fulfilled a number of senior positions within the company, most recently as Associate Director for Sales and Estimating. In his latest role, Kevin will help in developing new business as well as strengthening relationships with existing clients.

In 2015, Kevin oversaw Prater’s development across all market disciplines and played a pivotal role in securing a number of high profile projects, including the New Southern General Hospital in Glasgow and Embassy Gardens.

With a philosophy of promotion from within, Prater’s senior board has amassed a wealth of experience within the organisation. Kevin’s appointment to the board follows a long-term succession plan that last year saw Gavin Hamblett become Prater’s Managing Director, and Andrew Newman (who Kevin replaces) move into a Group role within the Lindner organisation.

Kevin Smith commented: “At Prater we have a number of sites and teams around the UK working on a regional basis to best meet the needs of our clients. However all sites are managed centrally by the experienced senior board members. In my new role, I look forward to contributing toward every aspect of our business.

Prater has a robust and collaborative supply chain, the technical expertise, BIM capability, off site facilities and financial stability to take all manner of projects from design stages – right through to completion. I am delighted to be part of the team and to continue to deliver a wide range of projects.”