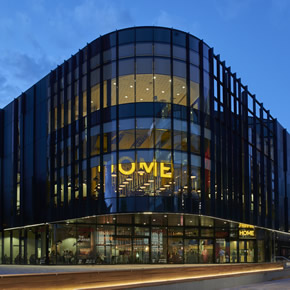 Prater has provided external cladding and roofing works for Home in First Street, an independent film hub and visual arts centre in Manchester.

Completed in April, Home is part of a joint venture between Manchester City Council and Ask.

The mixed-use development scheme comprises 20 acres of space; it will provide up to 1 million square feet of sustainable, campus style office buildings in Manchester’s city centre.

As the project’s main contractor, Wates appointed Prater to deliver the roofing and cladding for Home.

Prater’s in-house team contributed towards the design of the glazing and curtain-walling in the prefabrication stages to ensure that the completed system would allow for building movement and live loads. 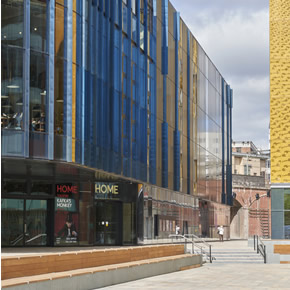 Prater made use of its off-site factory in West Thurrock, Kent to deliver the roofing, curtain-walling and glazing materials when the installation teams were ready.

This approach helped the company to overcome heavy congestion on-site and other logistical challenges that were caused by the location of the project.

To improve manoeuvrability around the structure and ensure better access to Home, Prater used a Merlo P60.24 ROTO crane to transport materials on-site.

Overall, the company was responsible for installing more than 50 units of Reynaers Curtain-Walling, a range of Reynaers CS68 Doors and Hortons 2001 Sliding Door units.