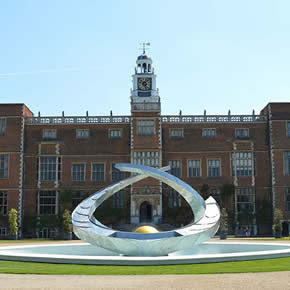 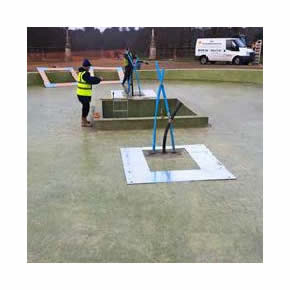 A combination of Newton’s 903-P Primer and 103-S liquid waterproofing membrane has been used to protect a new water feature for a Hertfordshire manor house.

Designed by Angela Conner, Hatfield House’s new aquatic sculpture makes use of movement to unveil a golden sphere, which is concealed beneath its water’s surface.

As the base of the fountain is around 10 metres in diameter, waterproofing was required before the sculpture could be completed. Newton Waterproofing Solutions was contracted to provide a solution.

Waterproofing with Newton’s primer and membrane

Newton Specialist Basement Contractors (NSBC) prepared the fountain base for waterproofing by ensuring that it was removed of dust. Newton 308 Stopaq pipe sealant was then applied to cover the pipe penetrations within the pit. 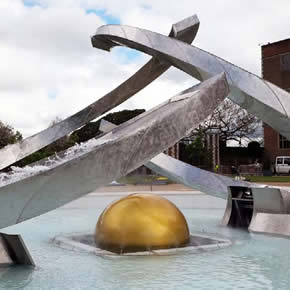 Newton 903-P Primer was rolled onto the damp slab; after a fifteen minute wait, a Graco 7900 spray machine was used to apply Newton 103-S liquid waterproofing membrane to the upstands of the fountain and the lower pit walls.

Whilst the product was still damp, a trowel was used to fill the small holes in the cement with more of the waterproofing substance.

A second spray application was then applied and cast with dry kilned sand; when it had dried, the membrane was glazed in a polyaspartic coating, which was commissioned to provide UV and chloride resistance.