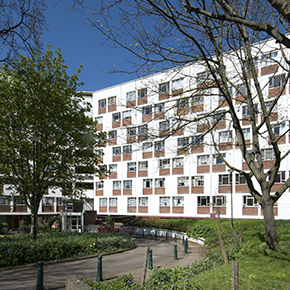 Sika’s protective coatings have been used to repair two ageing tower blocks in central London, replenishing them and offering future protection against the elements.

Bevin Court is a council housing block, which was constructed on London’s bomb-destroyed site of Holford Square in 1954. It sits alongside Holmford House, an equally old building of historical significance.

Offering a total of 112 dwellings across its seven floors, the Grade II Listed building has a concrete exterior, which required a new protective coating to repair and prevent structural and aesthetic damage.

Sika was contracted to supply a repair system to protect the building and extend its life.

In addition to supplying its EN-certified protective coatings, Sika provided on-site support and expertise to ensure that the work was completed to an acceptable standard.

The company’s repair and protection solutions can be used in a range of applications, including bridges, car parks and commercial buildings, as well as social housing, such as Bevin Court.