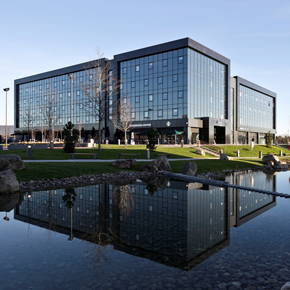 Ready Mixed Plasters from Knauf have contributed to the fast-track construction of the first Village Urban Resort in Scotland.

Developed for airless pump sprays, the Ready Mixed Plasters were specified by McLaren & Co during the project at the luxury 148-bed Aberdeen hotel. 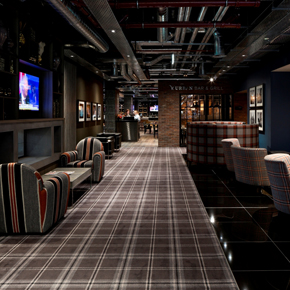 The Ready Mixed Plasters were integral to getting the project completed in time.

The product enabled McLaren’s two-man spraying teams to complete the project in much less time. The system requires little taping compared to traditional methods and because it is ready mixed, the finish remained consistent throughout.

The Ready Mixed Plasters also allowed for paint to be applied directly onto the surface with relatively little preparation – just sanding down.

This was particularly important, as the hotel was fitted out floor-by-floor at a rate of four bedrooms a day, 20 per week.

Alan Colvin, Director of McLaren & Co, first came across Knauf Airless Finish and Airless Primer Surfacer at the Scottish Painting and Decorating Show 2014 in Edinburgh before specifying it for the Village Urban Resort.

Knauf Airless Primer Surfacer has been developed to achieve a smoother finish for walls and ceilings than traditional plasterboard primers that in turn creates a high standard of paint finish that will disguise any joints – even in critical light conditions.

Knauf Airless Finish has similarly been designed for a smooth finish with ease, that can be applied either as a two-coat finish or as a base coat for Knauf Airless Primer Surfacer.

The remaining products in the range – Knauf Airless Backing and Knauf Airless DuraDeco – are also delivered ready to use, removing the need for any mixing on site, ready to apply onto plasterboard, concrete or clockwork substrates.