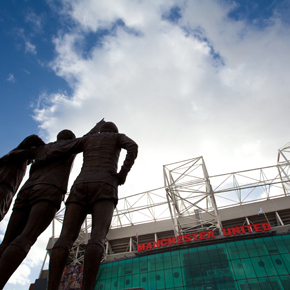 The UK vinyl flooring recycling scheme Recofloor will be recognising its members’ achievements at its fifth annual awards event, which will be held at Manchester United’s Old Trafford ground on 3rd March 2016.

The event will be hosted by former Southampton and England footballer Matt Le Tissier, who is now a member of Sky Sports ‘Gillette Soccer Saturday’ reporting panel and a columnist for skysports.com

After kicking off proceeding with anecdotes from his football career, Matt will introduce key speakers from the flooring industry. Delegates will hear how the scheme, founded in 2009 by Polyflor and Altro, works with the supply chain to divert vinyl flooring waste from landfill – with over 2,700 tonnes saved to date.

Materials collected by Recofloor’s membership of 650+ is recycled back into products, including new flooring. Not only is this beneficial for the environment, but it can reduce collector’s waste disposal costs by up to 70%.

Trophies and certificates will be presented at the event to Recofloor members who have excelled across eight award categories and contributed to increasing the volume of vinyl flooring recycled by the scheme.

Entries can be made via Recofloor’s new website, by submitting details online of why their company should be nominated for an award. They can also nominate an individual who supports the scheme within their company for the Recofloor Champion award.

Other categories include Greatest Improvement; Bets Newcomer and Outstanding Achievement, in addition to Gold, Silver and Bronze awards to recognise members’ commitment, contribution and achievements throughout the year.

Recofloor’s Carla Eslava commented: “The Annual Awards is the high point in Recofloor’s calendar and we very much look forward to celebrating our achievements with both existing and new members in March.”